Emerald Hill was the site of a former nutmeg orchard established in 1837 by a postal clerk, William Cuppage. The area was acquired in 1900 by businessmen Seah Eng Kiat and Seah Boon Kang, who then sold smaller parcel of land to new owners to build terrace houses and shophouses. During this period Emerald Hill became popular address, especially for Peranakan (Straits Chinese families).

In the mid-1900s, Emerald Hill Road became known as Tang Leng Tiam Yia Yee Hang or “Tanglin Cinema Street” in Teochew, as the road faced a cinema. This cinema opened in 1914 as Palledium and was renamed Pavilion in 1925. The cinema building was demolished in 1969 and its site was later developed into Hotel Phoenix and Specialist’s Centre (now Orchard Gateway). 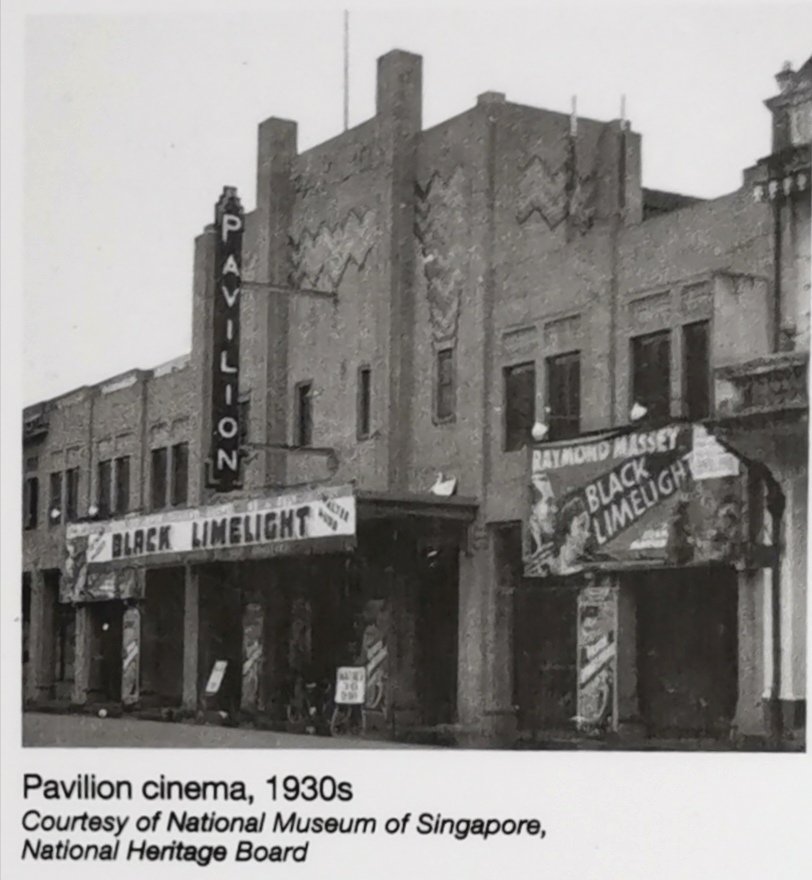 Emerald Hill was also home to the Singapore Chinese Girls’ School (SCGS) during the period 1926-94. SCGS was established in 1899 at Hill Street to provide Chinese girls with a modern education. In 1926, the school relocated to Emerald Hill and occupied the site of Claregrove, a house that had belonged to one of the school’s founders, Dr Lim Boon Keng.Emerald Hill, together with Peranakan Place and Cuppage Terrace, was collectively designated as a conservation area in 1989. In 1994, SCGS relocated to its new premises at Dunearn Road but its former premises are still around today. 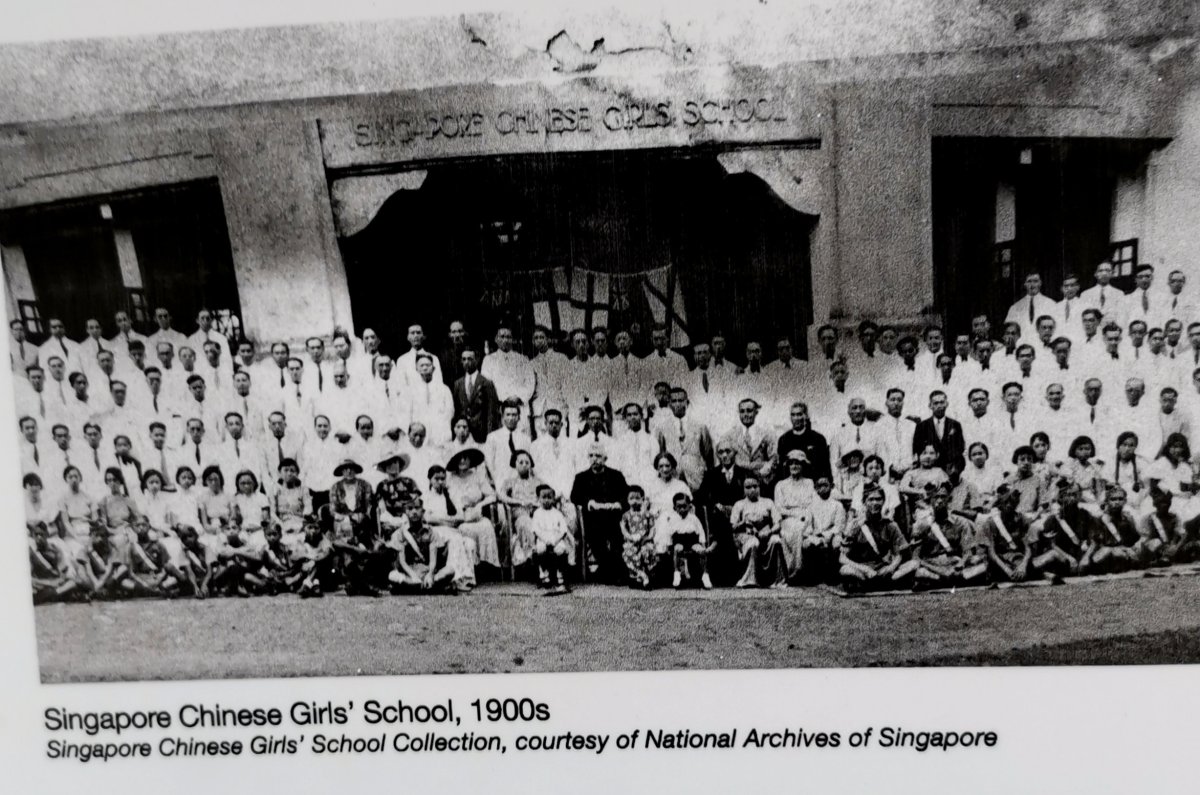 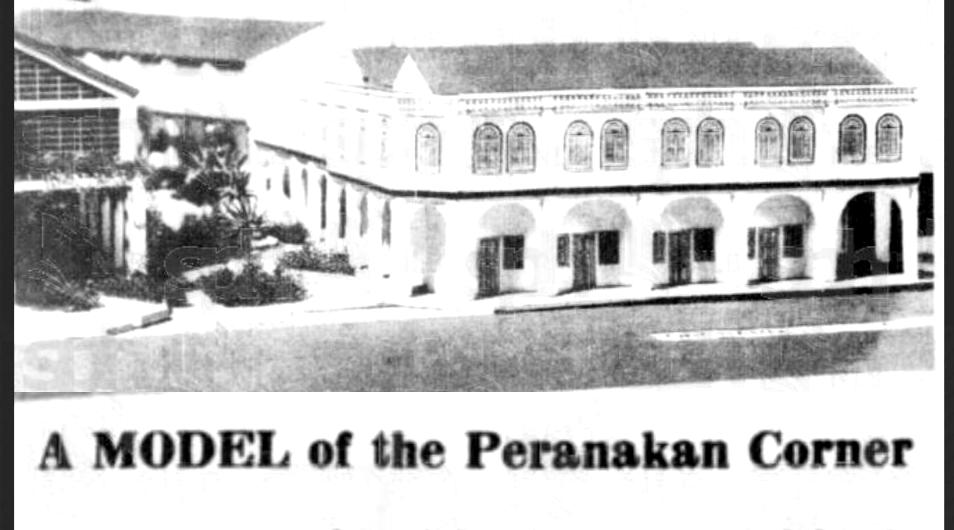 Sixty architectural students are stretching their imagination to create a suitable design for a “Peranakan Corner” at Emerald Hill Road.These students, from the third-year School of Architecture course at the National University of Singapore, have the Urban Redevelopment Authority to thank for the oppotunity to exercise their skills in “live project”.This is the first time that the URA is inviting students to submit design suggestions for its own project.The Perankan Corner today (photos below)

Although Emerald Hill was designated as Singapore’s first Area Preservation Scheme in 1981, little was known about the men who built the houses that line the curved, inclined street and the families who inhabited them. But a book just published by the National Museum is about to fill this gap. 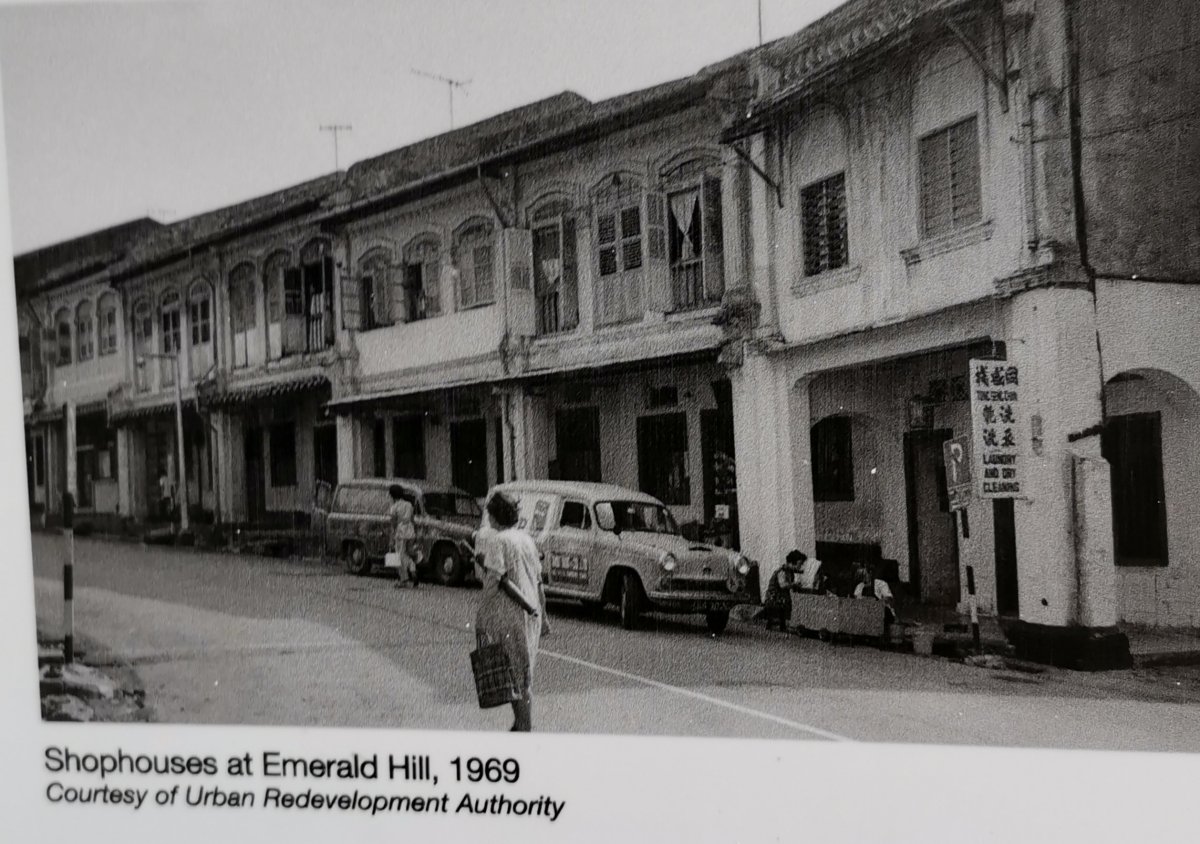 William Cuppage, RT Rajoo, JB Westerhout, Seah Boon Kang and Seah Eng Kiat aren’t exactly household names.Even Singapore history buffs would be hardpressed to place them.But thanks to a new book by Mr Lee Kip Lin, entitled Emerald Hill, The Story of a Street in Words and Pictures, these men are about to take a place on the stage of history.The book, newly-published by the National Museum, is a 90-page, fact-packed gem. It can be used as a guide-book or it makes an engrossing arm-chair read.Included between its covers are a 14-page, compact, readable essay on the development of Emerald Hill that covers who built what, when and who lived where, augmented by 19 pages of amazingly detailed footnotes filled with new information that any history or architectural enthusiasts will find fascinating.

Maps, old photographs – including a rare interior shot of a Nonya card party in progress at No.58 Emerald Hill Road – as well as measured drawings and contemporary photos of the houses, in both black and white and colour, complete the story.Mr Lee tells us that the development of this elegant, suburban, residential neighbourhood began only at the turn of the century.From 1836 up to that time, the land was held under successive, single ownerships until it was subdivided into buulding lots and disposed of separately around 1900.William Cuppage, one of the early European settlers in Singapore, was the first legal owner and occupant of the land. After his death, it was purchased by his son-in-law, Edwin Kock. He ran into financial difficulties and mortgaged the land twice, in 1878 and 1891.In December, 1900, the property and the three houses on it were jointly sold to Seah Boon Kang and Seah Eng Kiat.The two enterprising businessmen then subdivided the land into 28 lots and sold off most of them. The first house plans were submitted two years later.

And so Emerald Hill – as we knew it – began.Between 1902 and 1930, 112 houses were built in the area at the rate of about hour units a year.Most of the developers were Teochew, Straits-born Chinese. According to Mr Lee, at least 54 of the houses were built by Teochews.But Peranakan (local-born) tenants or owner-occupiers formed the biggest group of inhabitants. As Mr Lee writes: “For 50 years, Emerald Hill was an enclave of Baba life.”He reckons that about 45 of the houses (40 per cent of the total) were occupied by Baba families in the 1930s.The longest family residents have been at No. 44 Emerald Hill Road. Four generations of Yong’s have lived in that house over a 75-year period.

The architectural features and the designers themselves are also discussed.Mr Lee says that the men who designed the houses were “well-known practitioners of their day.”In the five decades between the 1860s and 1930s, they had determined much of the physical shape of the town and made considerable contributions to the development of the suburban area.”Most were local men who had received their training while apprenticed to private firms or government departments.One was JB Westerhout, a well-known community figure and builder and a descendent of a prominent Malacca family of Dutch origins.He designed 17 of the houses over a period of 22 years.RT Rajoo was a talented designer whose legacy is one of the most attractive rows of Emerald Hill houses, Nos. 53 to 69.Little is known about him except that he had a flourishing practice around 1913 to 1920 and that he designed the fine row of three-storey terrace houses at the corner of River Valley and Kim Yam roads.The names of the other designers are as eclectic as Singapore itself: among them were George Anthony Fernandez, Wan Mohamed Kasim, EC Seah and WT Moh.

Of the 17 architects practising in the 13 firms which built the Emerald Hill houses, only one received professional traing as an architect.He was William Cambell Oman, a Scot who came to Singapore around 1907.Despite the fact that so many individuals were responsiple for building the houses, the street has a remarkable sense of continuity because good maners in architecture then meant conforming to certain accepted norms.And so the men who built Emerald Hill and the people who have lived there has become a part of our heritage – as has the area itself. Role of writers in heritage

“Singaporean writers – the modern-day versions of the old storytellers – have an important part to play in the preservation of the country’s heritage.”

Mrs Pamelia Lee, director (development) of the Singapore Tourist Promotion Board, spoke last week of the important role of these writers when she launched The Nan-Mei-Su Girls of Emerald Hill written by Mr Goh Sin Tub.Said Mrs Lee: “More than bricks and mortar we needed to make sure these older areas survive for the future to be enjoyed by everyone.”Nan-Mei-Su, or The House of Southern Beauties, was a “comfort” house set up by the Japanese Army in Cairnhill. The book, published by Heinemann Asia, is centred on six girls and their adventures during wartime.Mr Goh, 61, who lived in Emerald Hill then, said his book is drawn from actual events during the Japanese Occupation. 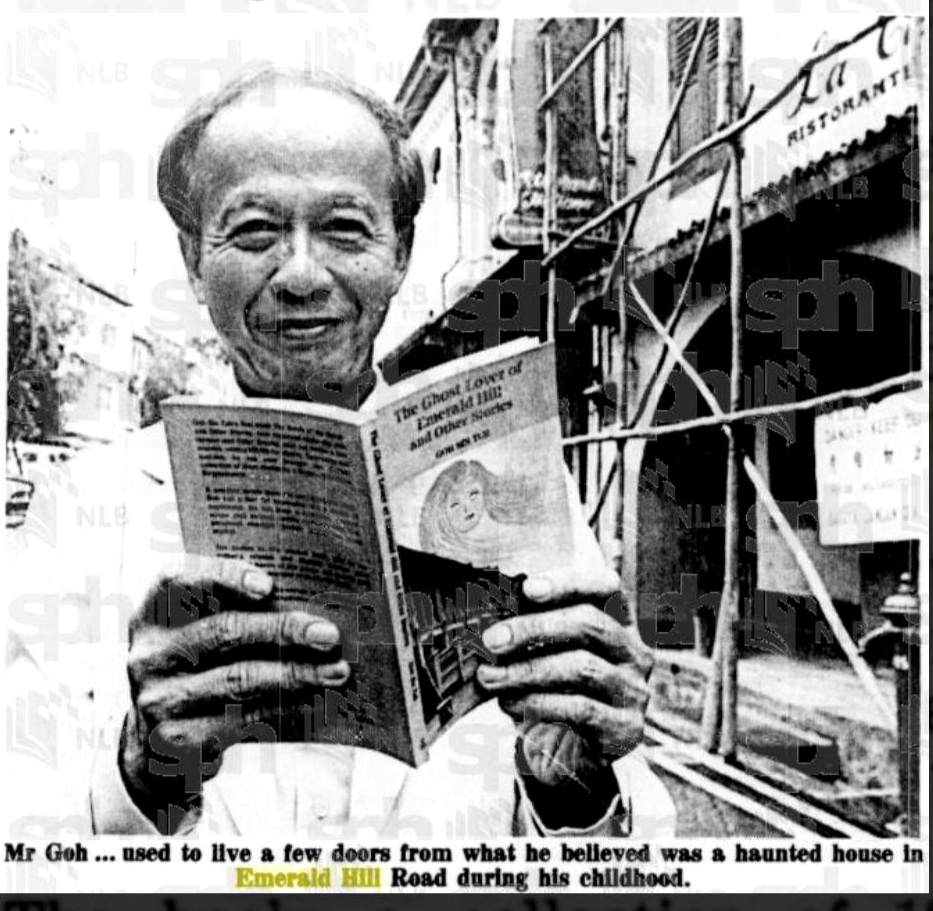 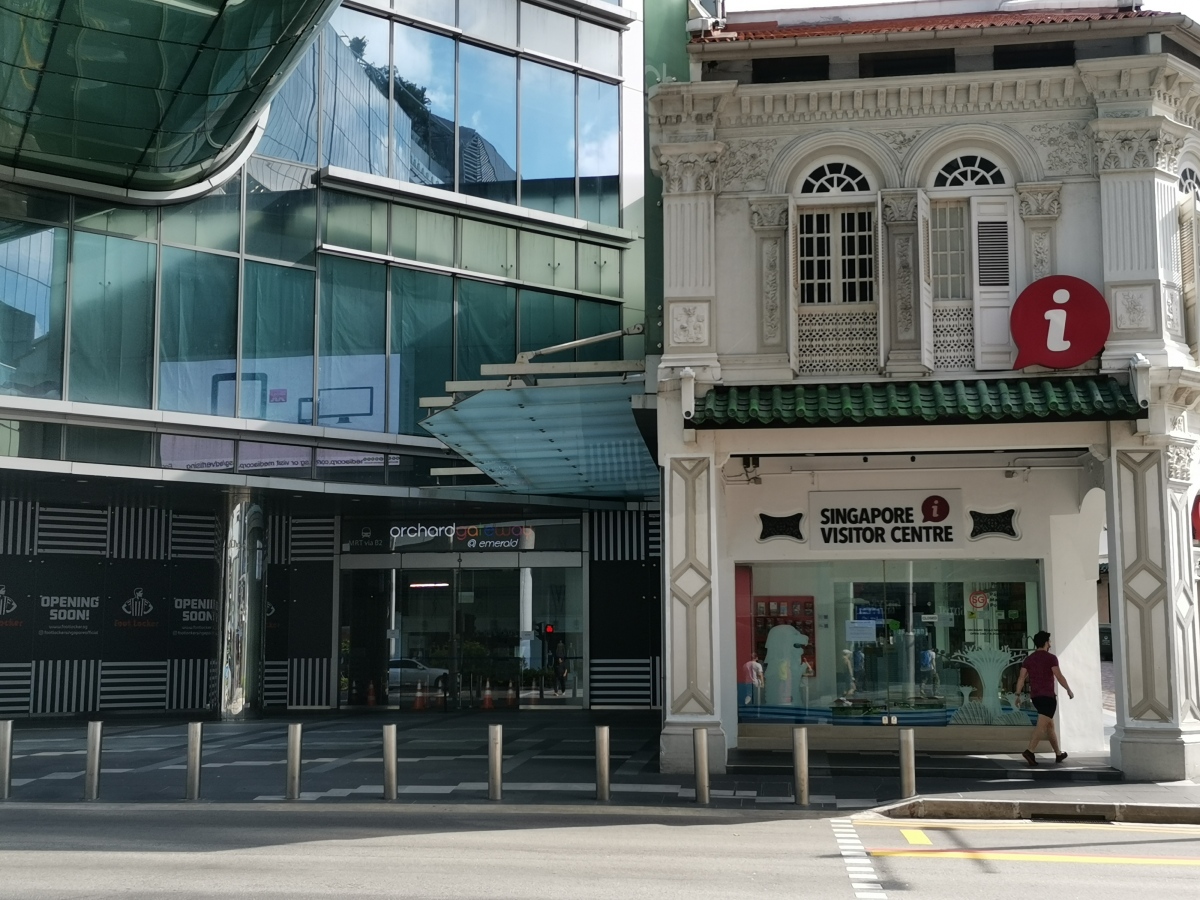 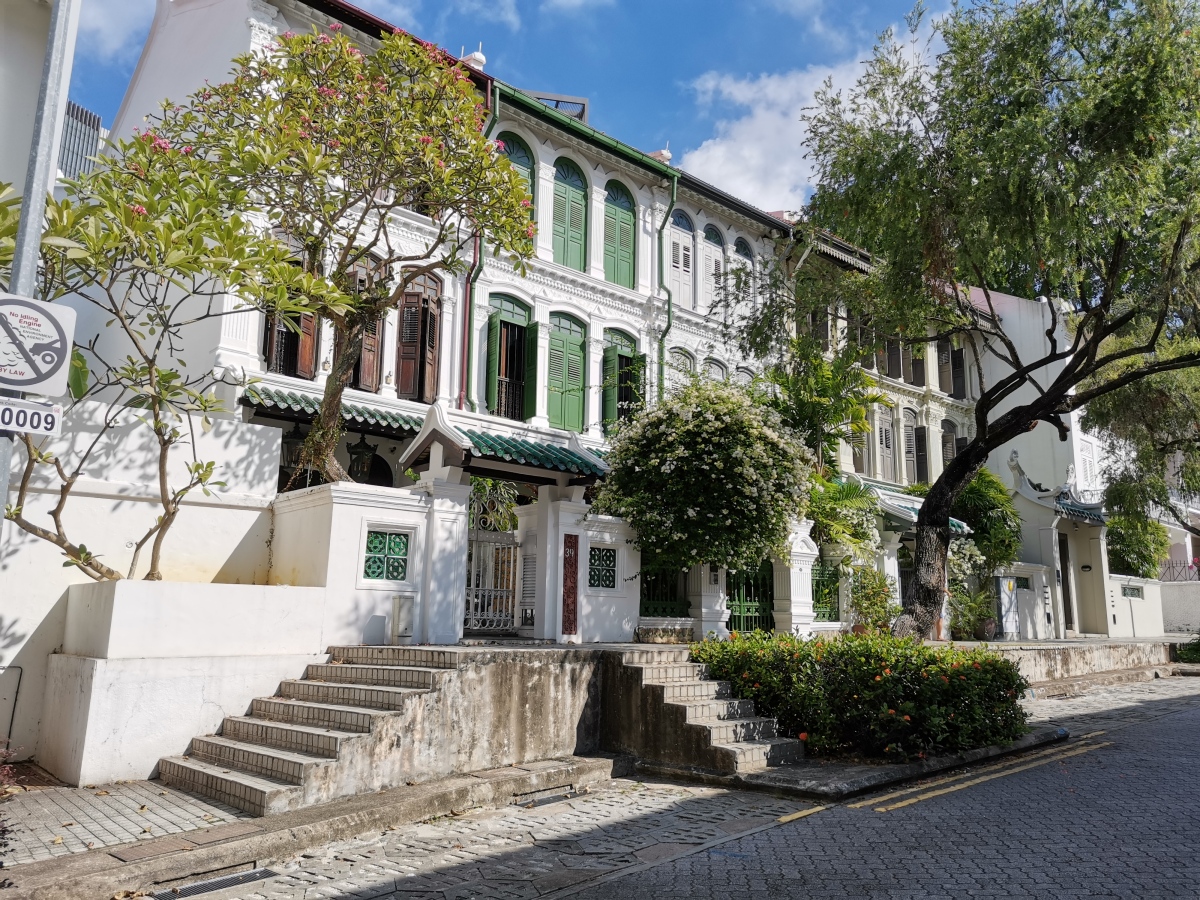 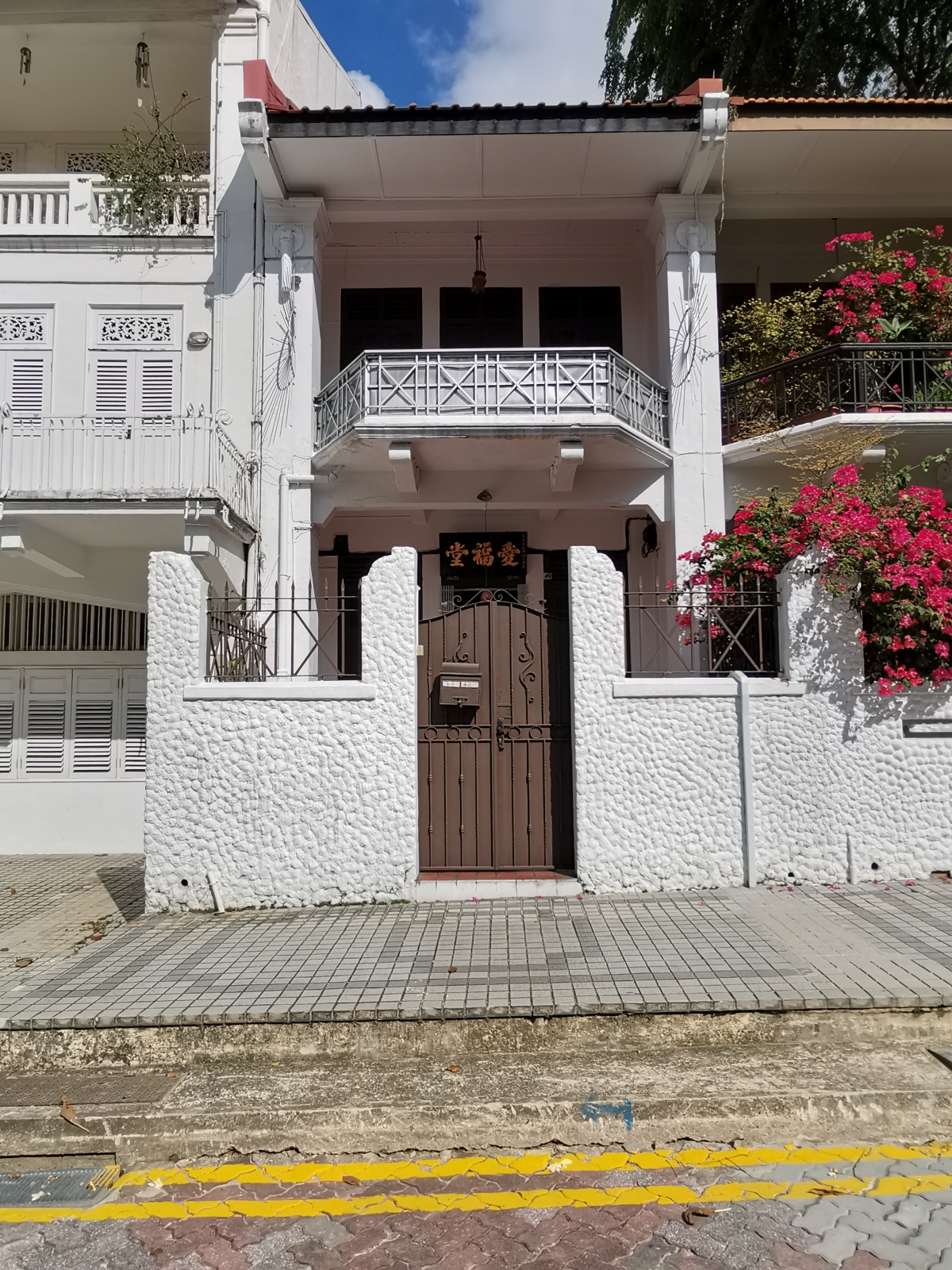 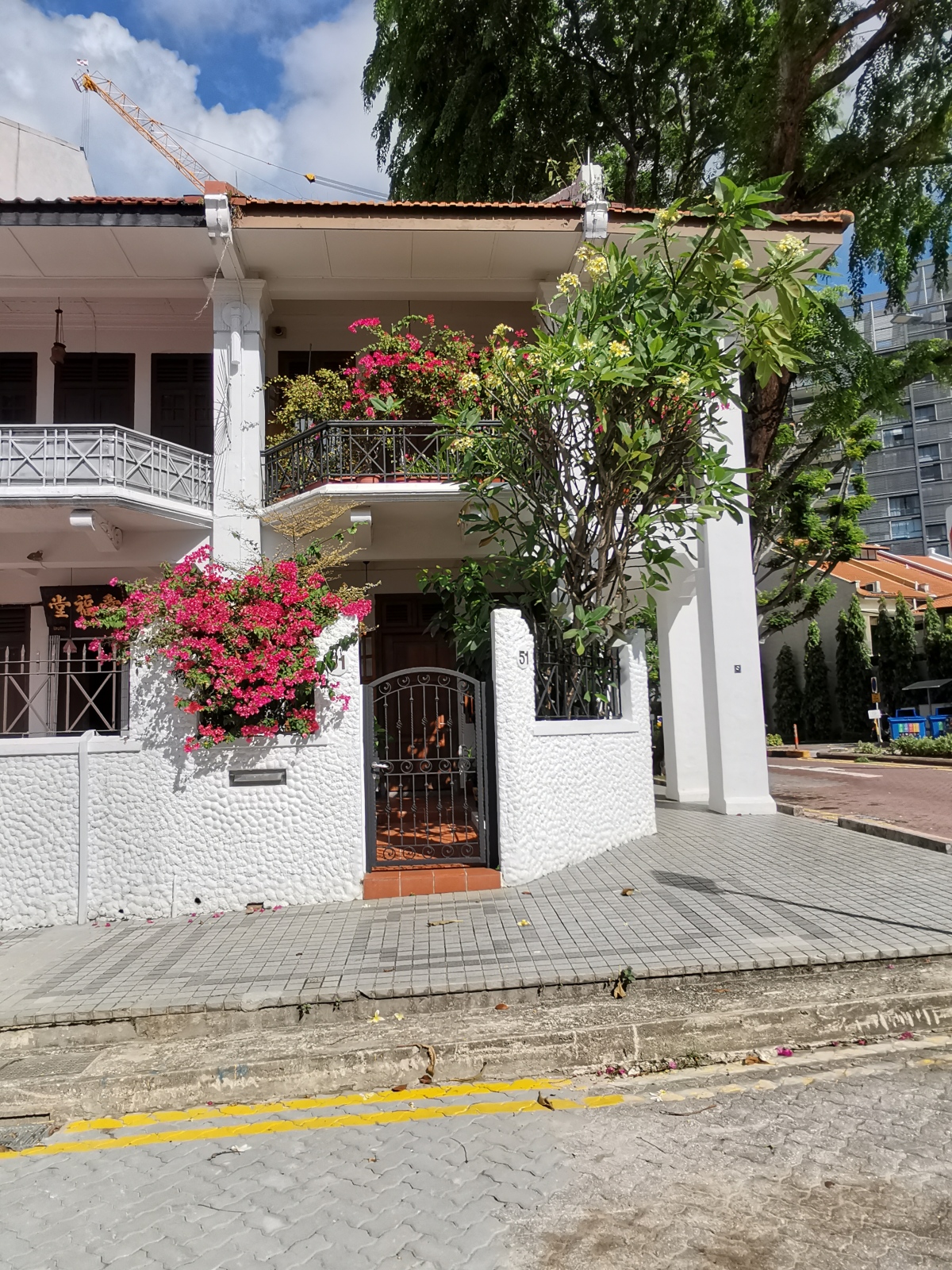 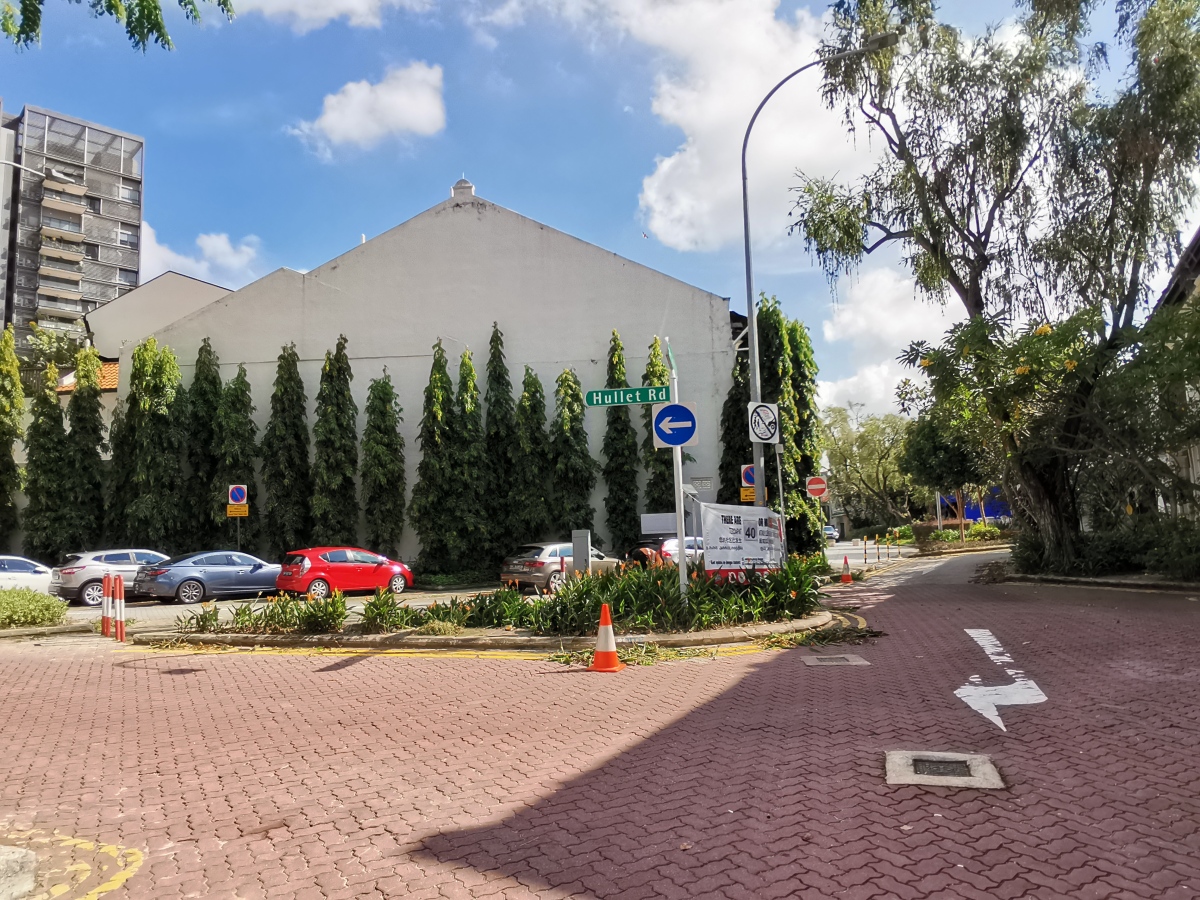 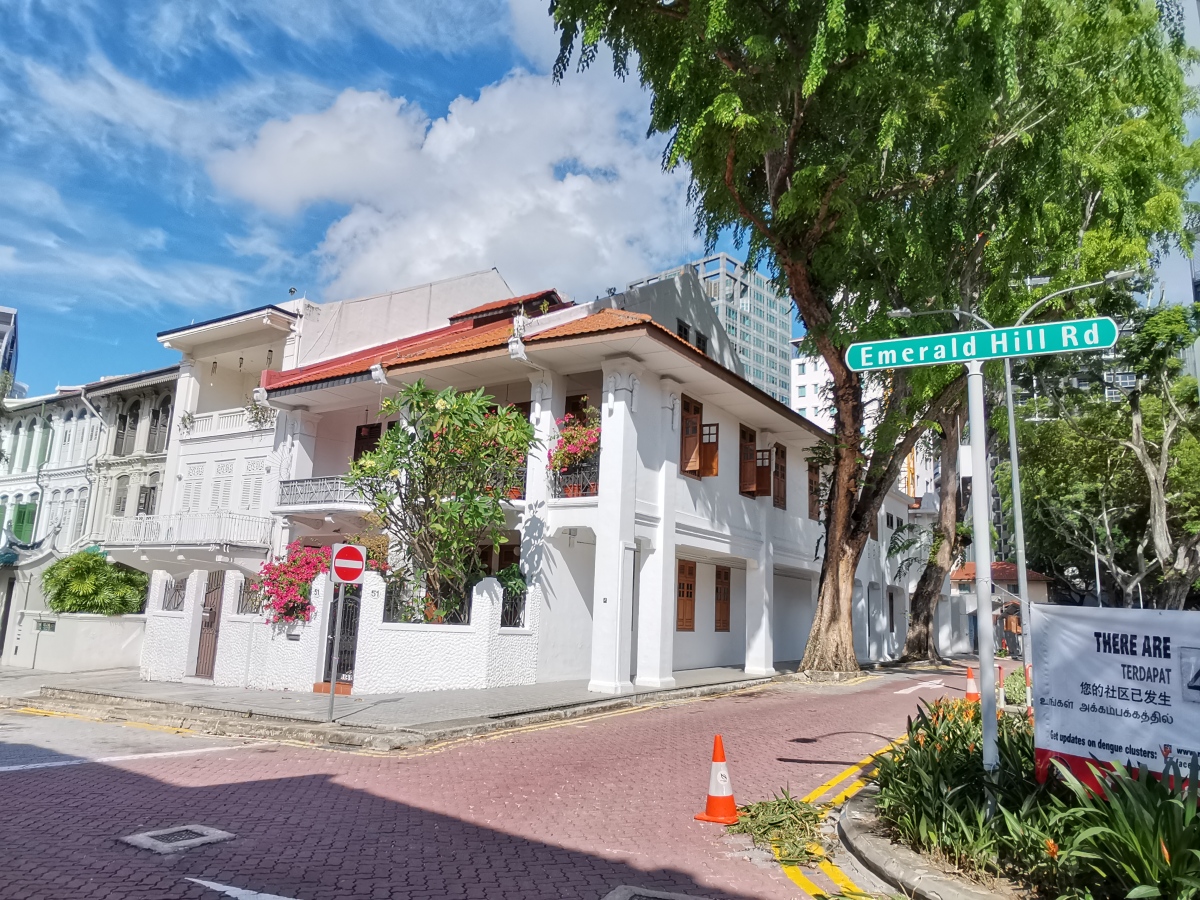 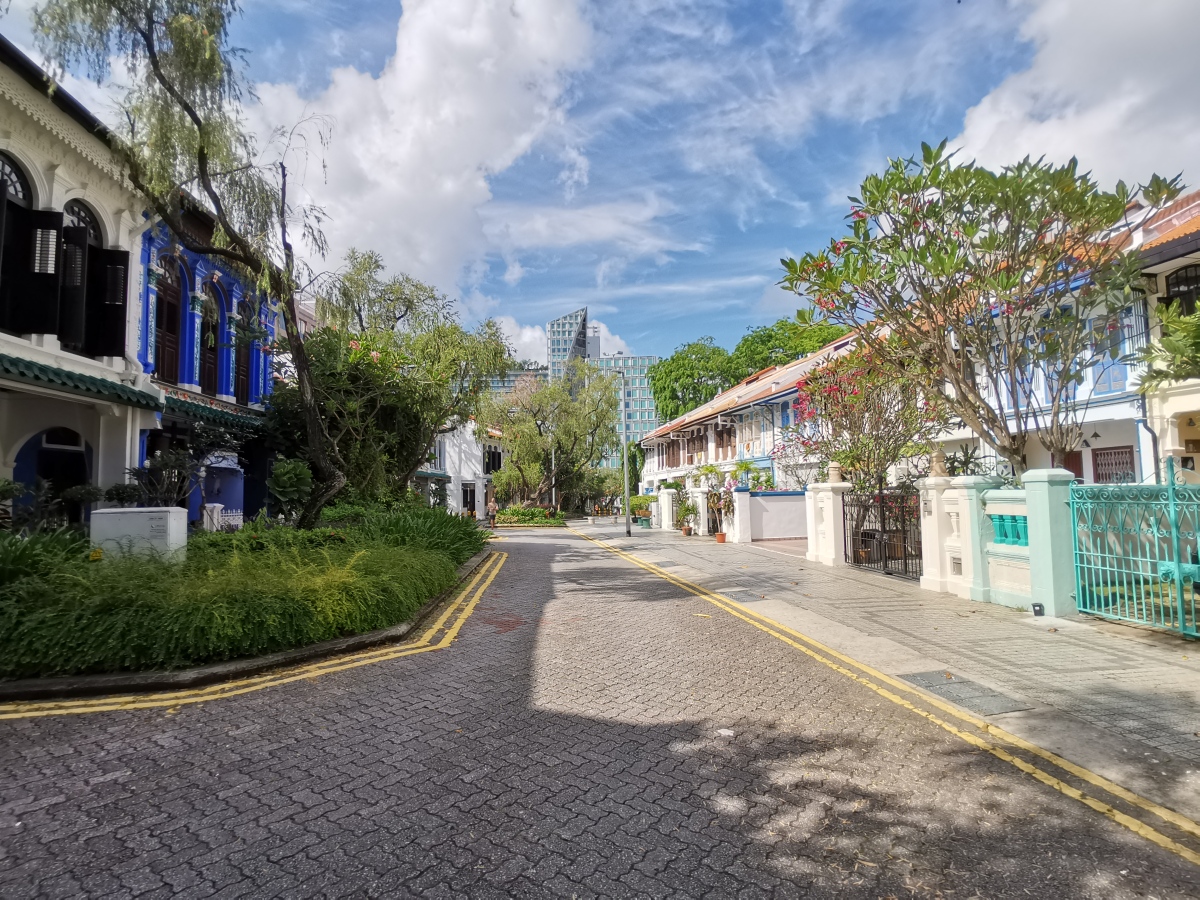 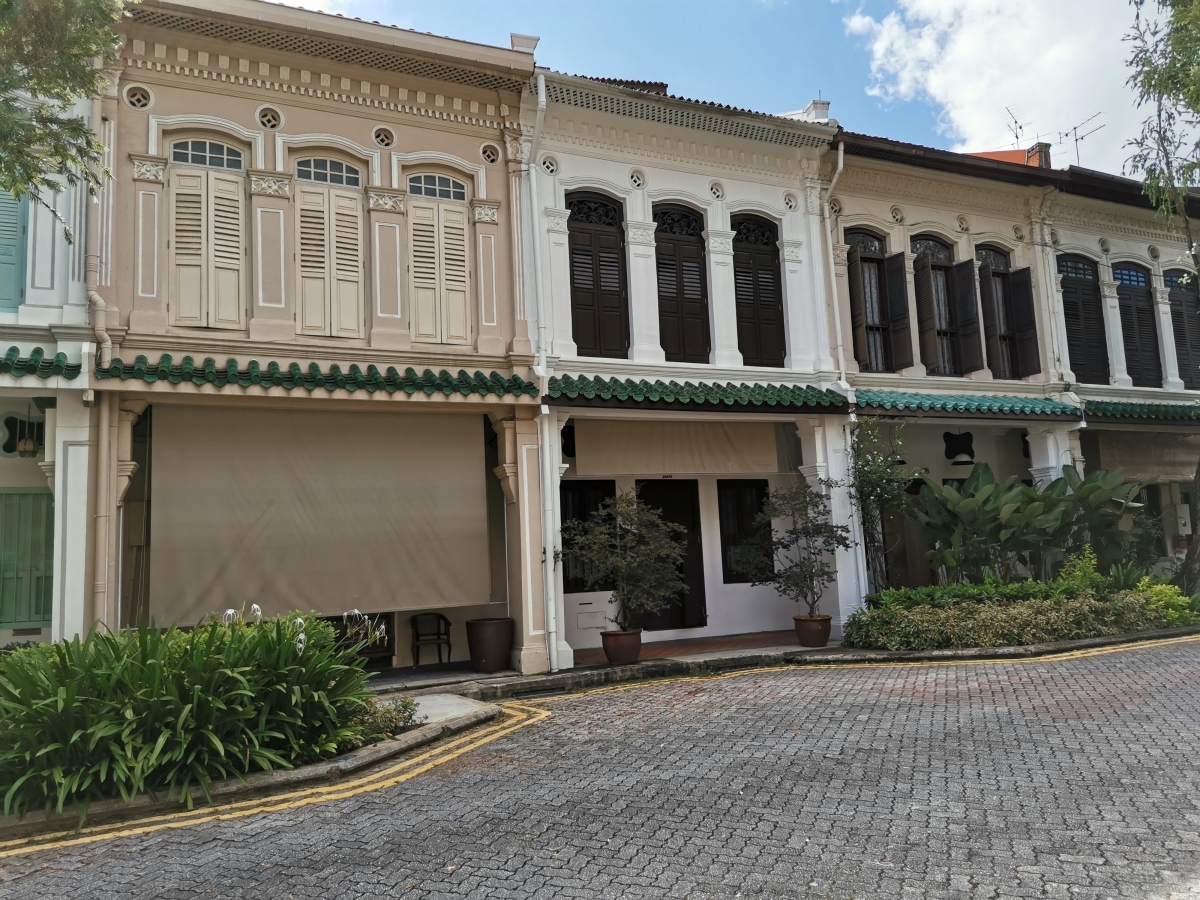 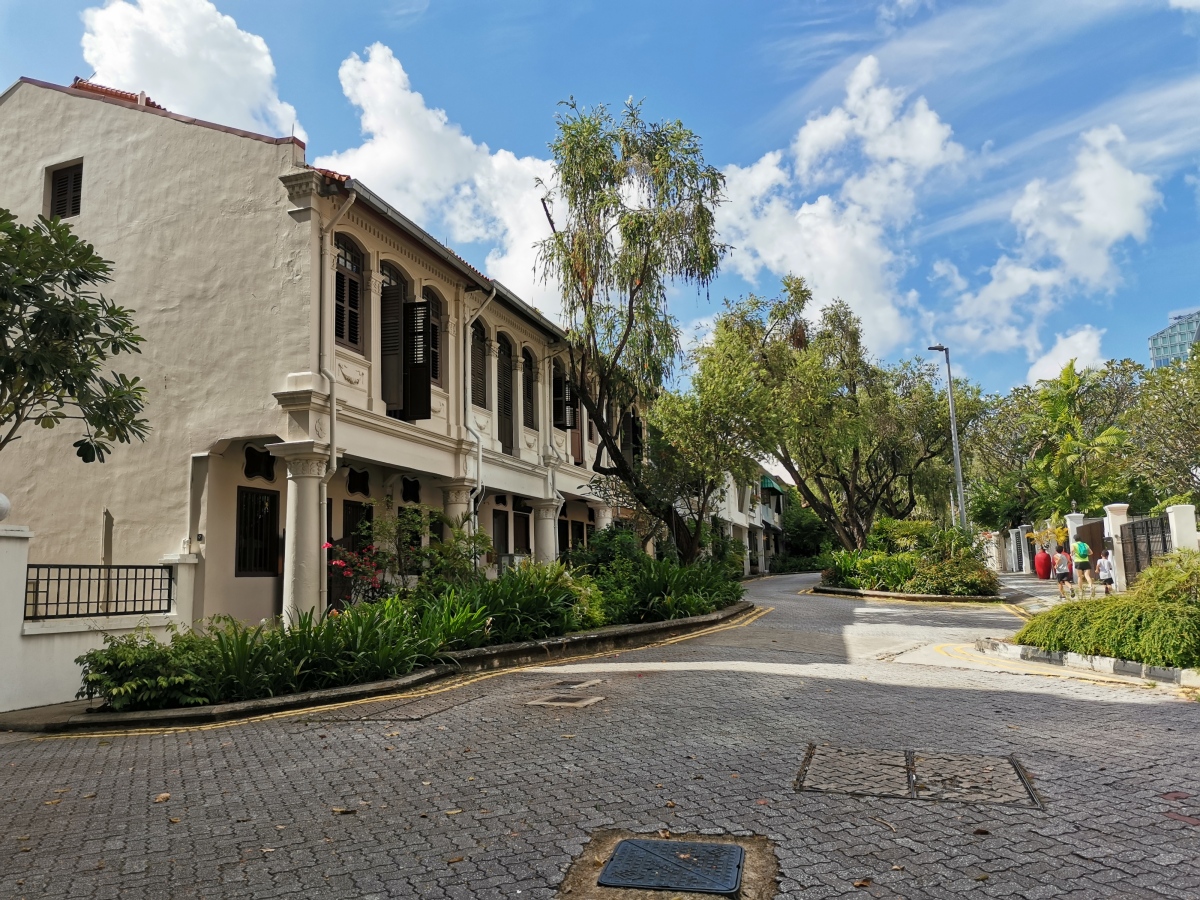 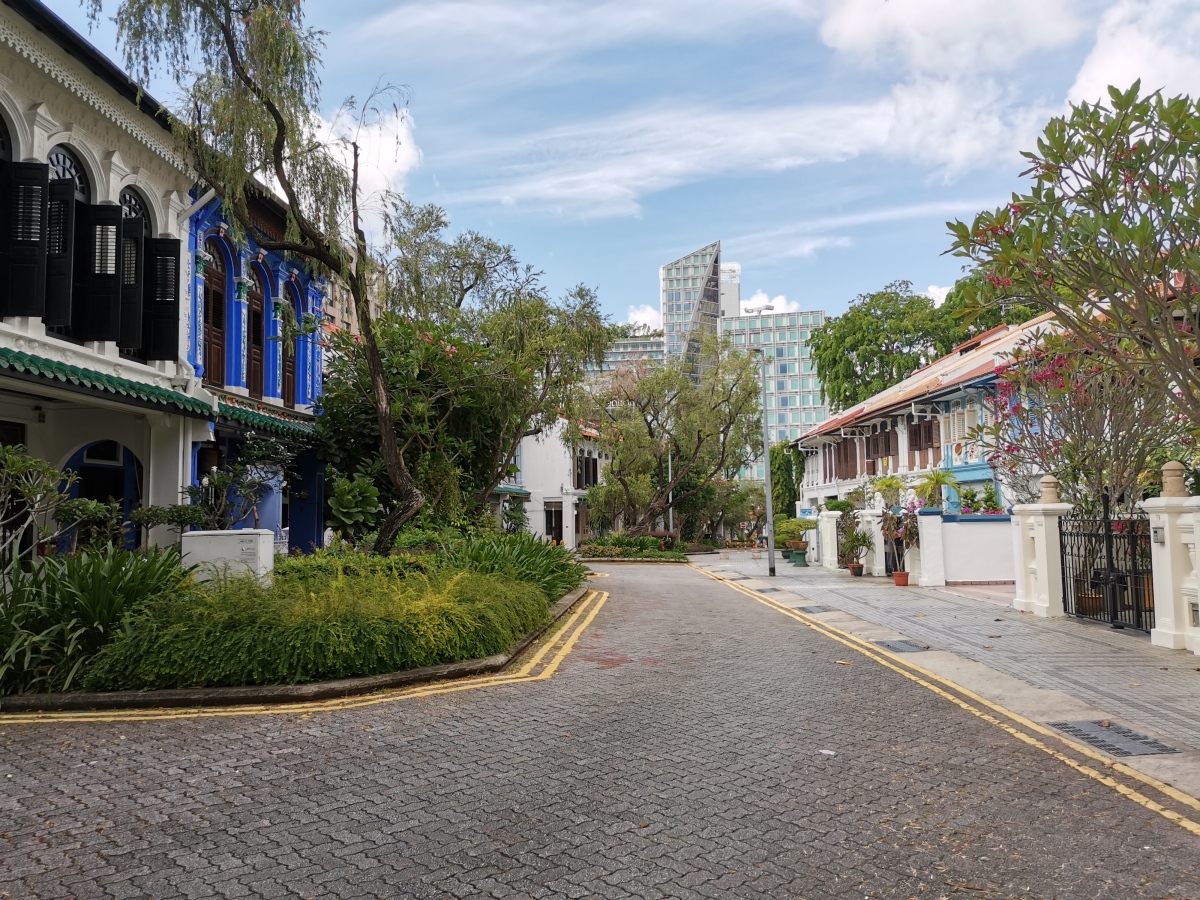 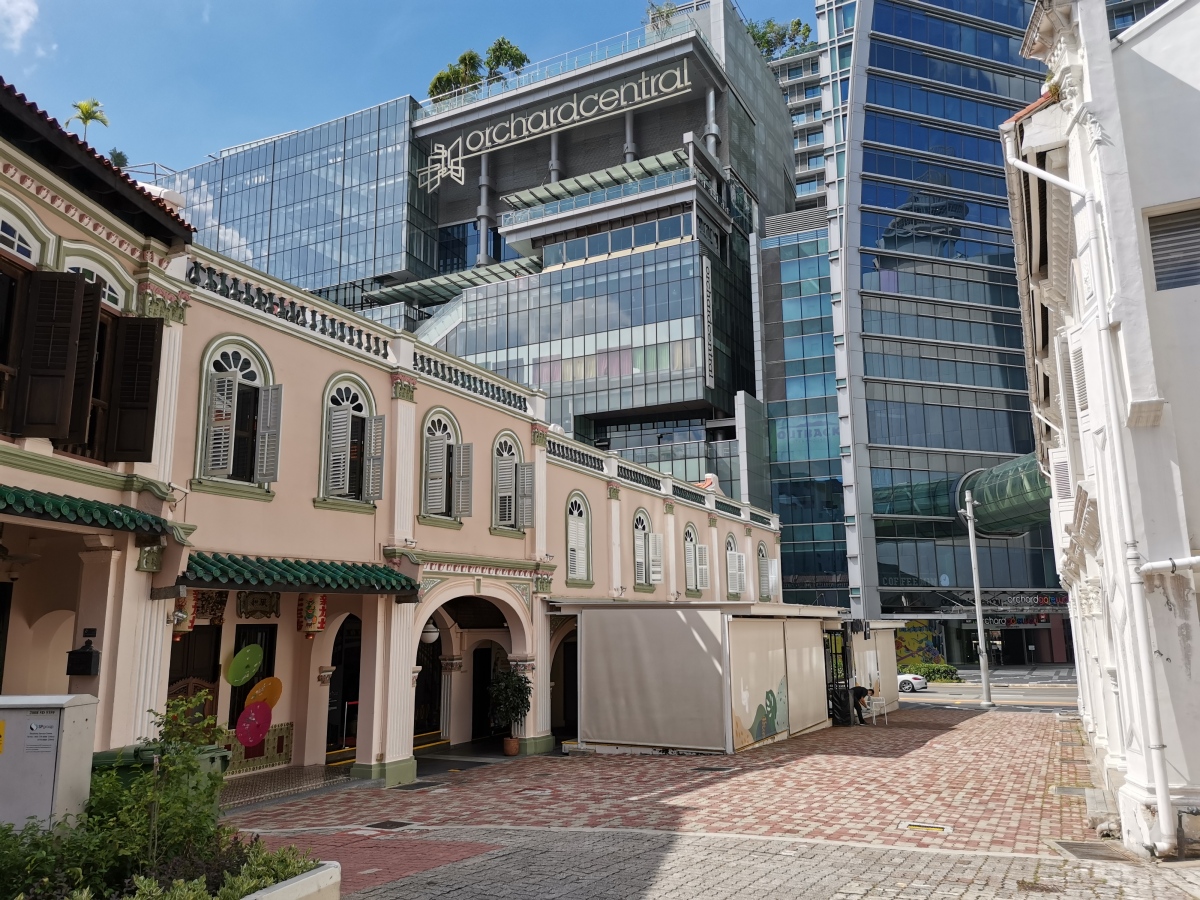