Bryna Singh finds that despite the 1960s look of some parts of Havelock, it is a whole new world inside.

It has been 14 years since I visited Havelock Road, where my late maternal grandmother Wan Yit Poh used to live at Block 29.  But I have longed to go back to rekindle memories of playing at por por’s (Cantonese for grandmother) flat, terrorising her pretty plants and tearing through the corridor.

The route to her house, which is along this oldest 1km stretch of Havelock Road, is easily identified by the chilli-red Giok Hong Tian or Jade Emperor Temple.

But I arrive at Block 29 only to find it swathed in constructon material.  Demolition, the sign reads.

This is hugely disappointing, but I will my feet to move forward:  Perhaps this is a chane to seek more than fleeting childhood memories.

Looking around, I see two Havelocks.

To my left is Block 22, which has the same facade and ground-floor shops as por por’s Block 29.  Further down are grimy, unimpressive three-storey shophouses.

Then on my right are sleek, towering, build-to-order HDB flats – Havelock View, a wannabe condominium.

The contrast between old and new is stark.  And it is the old that draws me, and ultimately teaches me that there are fresh stories behind familiar facades.

It is a short stretch of vintage tiled flooring at one old shophouse that leads me to this discovery.  When I look up from the tiles, I see a shopfront seemingly transported from a bygone Signapore, with its flaked-paint doors and classsic cross-hatched grilles  Above, a mosaic of faded red-and-white square tiles form words in English and Chinese:  Chou Dispensary, 733.

What shop is this?  I ask around.

“Sometimes, I see people going in to put things.  But I don’t know what’s inside,” says Mr Thomas Koh, 53, who runs the next-door Dine and Chill Bistro.

On the second-storey landing, a sign with distinctly non-olde-worlde words “Havelock Speedway” greets me.

A lean, tanned man comes to the door.  This turns out to be Mr Yuey Tan, 31, a Singaporean race-car driver who regularly competes in the Porsche Carrera Cup Asia.  He runs Havelock Speedway, which promotes the Singapore Karting Championships. 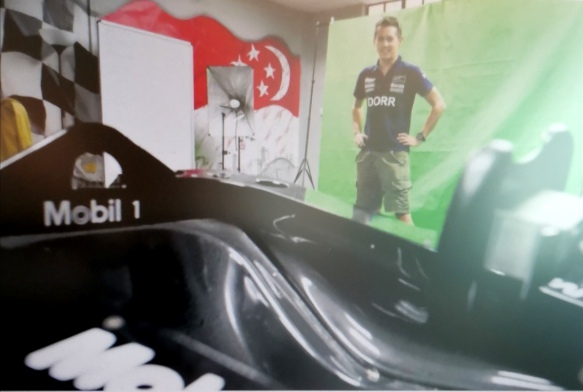 Clearly used to life in the fast lane, he speaks a mile a minute in Australian-accented English – he spent his growing-up years in Adelaide, and returned here in 2000.

“I’ve been overseas my whole life, but this is home,” he says, banging his can of Coke on the table for emphasis.

I’m startled, but unconvinced.  To me, the Coke is a metaphor for the man: an international product.  He continues: “This is a family building, you know?” 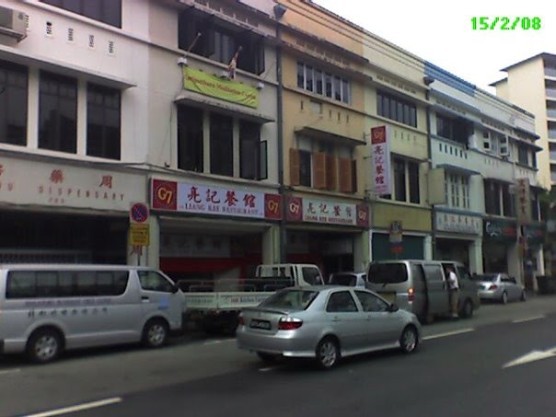 Does he know who owns the dispensary downstairs then, I ask.

“That would be a dude, a doctor called Chou Chung Shih ran it.  It closed only last year, when he turned 97,” he replies.  He adds casually:  “That would be my granddaddy.”

I am delighted.  The puzzle pieces are snapping into place, and he reveals more.

“He’s still alive, and just celebrated his 98th birthday.  He treated hundreds of patients during the Bukit Ho Swee fire of 1961.  It was crazy,” he says.

Four people died and 16,000 people were left homeless in the inferno.

In remembrance of his granddad’s clinic, he has named his animation and film company, also on the second floor, The Film Dispensary.

“When I’m not racing, I’m here,” says the bachelor, whose career sends him all over Asia.

It strikes me then, that perhaps he means what he says about this being home.

I begin to see a young man who is the face of two Singapores in Havelock:  In his blood courses the need for speed, and he hears the call of the world.  Yet, he is also intent on building atop family history and creating a pit stop for himself, right here.

Working alongside him in The Film Dispensary are two friends from Down Under – Mr Shea Bennett and Mr Mitchell Chapman, both 25 – who arrived in February 2012.

They came, they saw, and they ate.

Some other foreign occupants along that same stretch of shophouses view work and life here as a mere step in their journey to becoming global citizens.

“I hang out with couch-surfers: I learn salsa here.  I want to work and travel around the world,” says Chinese national Anitz Xie, 24, a customer relations officer at Food Junction.

For others, money is the sole reason for being here.  Chinese national Wang Zhen, 27, who shares a spartan dormitory with other workers, has been working as a hotel housekeeper for the past three years.  “I want to work hard, earn money, and then I’m going back home,” he says.

Such sojourners in our midst usually flit behind the scenes, their tales disappearing as they leave.  But stories begin afresh as new people come to take their places in these worn dormintories; what once was become what now is.

Outside, dusk is falling.  I walk on the same side of the road to Block 22, which was built in the 1960s to house those made homeless by the Bukit Ho Swee squatter fire. 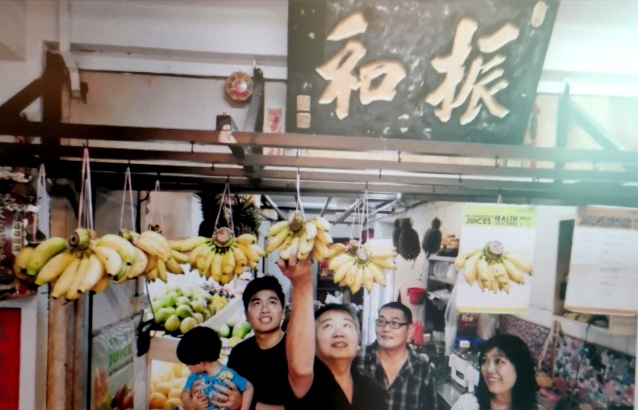 Chin Hoe fruit shop owner Raymond Ang, 54, stands outside, serving customers with wife Melina Ang, also 54.  He’s been running the business for 30 years, after taking over from his father.

Today, his son Jeremy, 30, an air force pilot, is at the shop with his two-year-old son, Oliver.

Says Mr Ang: “This is a dying trade.  How to compete, with FairPrice supermarket nearby?”

He’s moving with the times, however.  A box of plump beetroot sits atop a chiller.  Posted above is a menu of fruit juice combinations.  “We’ve added these over the last few years,” he says.

“We’ll run this shop for as long as we can”

He’s been going into wholesale to keep his goods moving.  He says in Mandarin: “People come only when they are out of something.  And if they buy, they buy one or two pieces.  How to sustain?”

The company started out selling cloth, but that shop burnt down in the Bukit Ho Swee fire.  His father resumed business at this Havelock Road shop space in 1964 when Mr Goh was 10.  The shop has evolved – from peddling cloth, it started selling PVC fooring and sundries, and then everything.

Today, it is packed to the rafters with vintage treasures.  There are 1980s Chinese tableware, sugarcane juice mugs, metal spittons, clogs, and a lone accordion from the 1950s.

I detect stubborn pride as he says:  “Not many buy, but everything can be sold.”

None of his three children will take over.  Gesturing at his shop, he adds:  “This to me is survival.  But if someone gives me a good price, I will sell, and tour the world.”

I am proud of Mr Goh and Mr Ang – remnants of old Havelock and stalwarts of their trade.

They, too, are the face of two Singapores in Havelock:  ageing, but doing their best to stay relevant.

My memory of Havelock Road now encompases not just the past, but also a contemporary dynamic.  I do not know when I will return, but I will have space for new memories.

My personal memories of Havelock Road

The places which Bryna Singh mentioned is his old newspaper article are shared on this blog . 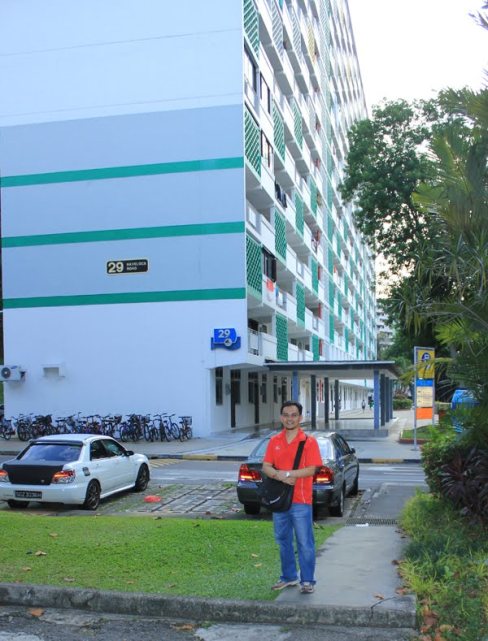 Lina Koh and her husband once lived in Block 22, Havelock Road