With strong arms and a hopeful heart, Ah Jiu set out to forge a new life in Singapore.

At Clifford Pier, the immigrant from China ferried sailors on his sampan to cargo ships.

Today, skyscrapers have sprouted around the pier.

Tourists swarm the ultra-chic One Fullerton next door.  The glittering roof at the Esplanade beckons from across Marina Bay. 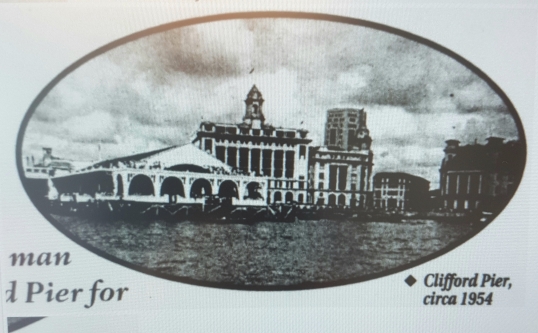 Clad in jeans as weathered as his bronzed wrinkled face, he still does what he has been doing for almost six decades.

But this Saturday, when ferry operations move to the new Marina South Pier and Clifford Pier awaits redevelopment into a lifestyle hub, old-timers such as Ah Jiu would have to say goodbye.

“What to do?” he said in Hokkien, the only language he speaks, when The New Paper caught up with him last week.

Standing at the mouth of the Singapore River, Clifford Pier used to be the landing point of immigrants.

Built in 1933, it was named after Governor Sir Hugh Charles Clifford.

But locals renamed it as the more affable “Ang Teng” (meaning “Red Lamp” in Hokkien), after the many resident prostitutes and the red oil lamp that used to hang at the end of the pier to guide seafarers.

These days, Clifford Pier sees little more than a trickle of foreign sailors, tourists and the odd photographer.

But the pier is so quiet that at lunch time, Shenton Way-types go there for a quick siesta, sprawled on the benches in thier business attire.

Twice a week, you will find 63-year-old retiree K S Leong sitting on his favourite bench, reading, and nursing a cup of tea.

“It’s quiet and peaceful here.  Nobody disturbs me,” he said.

Clifford Pier used to be his childhood hangout.

In the 1950s, he used to go there every day with his buddies after school, “to walk-walk, eat and see fish”.

“There used to be schools of groupers in the water, this big!” he said, stretching out his hands.

“Sometimes, I would bring a loaf of stale bread from home and we would sit on the pier to feed them.”

He was the kind boatman who gave students cheap sight-seeing rides along the coastline on his sampan.

“Ah Jiu charged according to how you dress,” he recalled.  “Since we were students, he charged us only $5 for everyone.”

It was a time when shopkeepers spoke Russian and Italian, picked up from passing sailors.

On weekends, anglers and families took the boats out for picnics at Kusu Island and Pulau Bukom.  Couples came her to “pat-toh”.  (Hokkien for “date”).

“Sometimes, we even ‘ponteng’ (Malay for “play truant”) to come here.”

But for the boatmen, it was a tough life of life.

“We worked under the sun and we were at the mercy of the waves,” said Ah Bian, a 70-year-old retired boat captain.  “But seafaring was all we knew.  We’re not educated folks.”

His father was already working as a boatman here.

“Most of us who came here originally only wanted to stay for two or three years,” he said.  “But life was hard and we didn’t make much money. We couldn’t go home like that.”

“We were often insulted because we were Asians.  But we had to pretend we didn’t understand them,” he said.

Sometimes, sailors hopped onto his boat, drunk after a night out on shore.

“When you’re out at sea and the drunk passengers refuse to pay, what can you do?” he asked.

These days, Ah Bian still travels faithfully every day from his Jurong East flat to chat with his buddies at the ticket counter.

They go back a long way.  Most of the boatmen here hailed from the same region of Jinmen Island in China.  Theirs was a camaraderies forged through hardship.

“But there are so few of us left now.  Most have left or passed away,” Ah Bian said.

The Maritime and Port Authority of Singapore has guaranteed the boatmen mooring space at Marina South Pier at the same rental of $10 per month, but the old-timers still worry about their future.

On the outside, Ah Jiu said he “wouldn’t miss Clifford Pier one bit”, and that he will just move with the rest and “see how”.

But he’s worried inside.

When he first started out, he made $4 a day.

It wasn’t much, but he had enough to spend 30 cents every day on his favourite Red Cat cigarettes.

NO MONEY TO RETIRE

Last year, a the age of 85, he stopped smoking to save money.

He wants to retire.  “But no money, how to retire?”

Pointing to the horizon, he said: “This used to be the open sea.  You could see Batam from here.”

But today, cranes breaking ground at the reclaimed Marina South, site of the future Integrated Resort, dominate the skyline.” 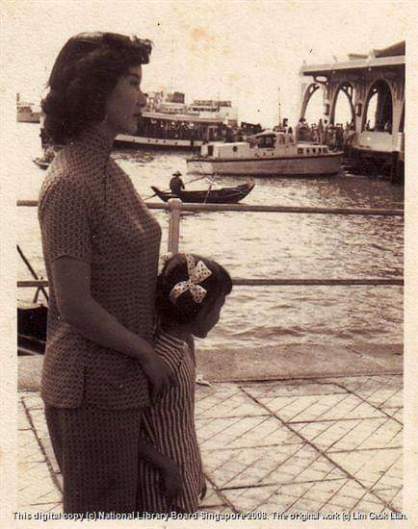 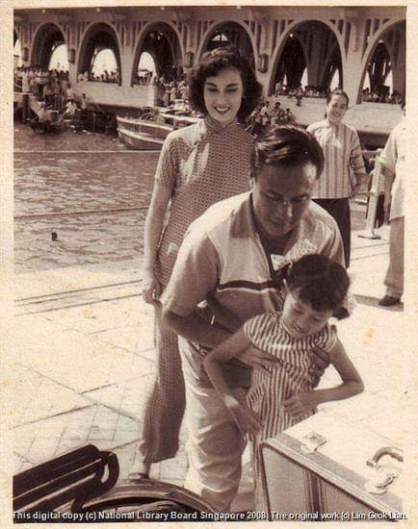 Clifford Pier in 1930 (below).  The archived photo with the courtesy of the National Archives of Singapore.