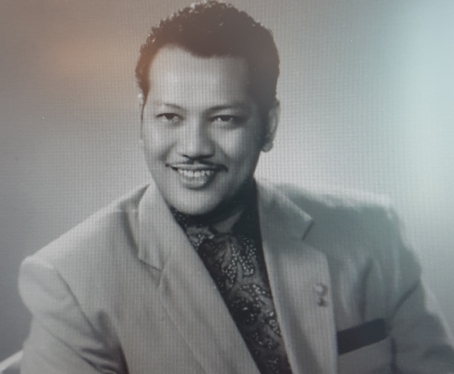 Icon for the ages, P. Ramlee

P. Ramlee – Most if not all Malaysians and Singaporeans will agree that this legendary figure’s significant contribution to the local entertainment scene helped define the industry in Malaysia and Singapore and across the region.

Teuku Zakaria was better known as P. Ramlee – an entertainment icon during the golden era of Malay movies who help shaped history in Malaysia, Singapore and Indonesia.

P. Ramlee’s lack of formal training in the performing arts field was no hindrance to him.  This talented man acted in 65 films, directed 34 feature films and sung close to 400 songs – an impressive track record which ran over two decades.

The “P” in his name came about when Ramlee first entered a singing competition in Penang in 1947.  He had decided to add the initial “P”, from his father’s name Puteh.  P. Ramlee’s father himself was from Aceh, Indonesia, which perhaps helped boost the entertainer’s popularity in Indonesia, later on.

P. Ramlee’s interest in music began at a young age, having formed a band called Teruna Sekampung or lads from the village, where one of his roles was to be a song arranger, giving him the experience to learn popular music and trends.

He was born on 22 March, 1929 in Penang.  He is being remembered up to today, long after his death, because he composed “evergreen” songs which are rare nowadays.

This legendary artiste married three times, first to Junaidah Daeng Harris in 1950.  After divorcing her, he married Noorizan Mohd Noor in 1955, but the couple divorced in 1961.  The same year, P. Ramlee married singer Salmah Ismail or more popularly known as Saloma.  He had a total of seven children from these relationships, three of whom were adopted.  He also had a stepson. 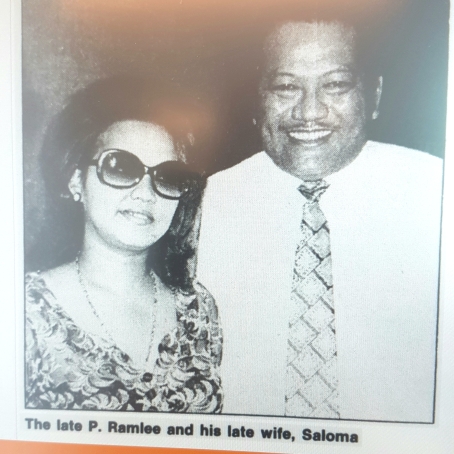 P. Ramlee was 44 years old when he died of heart attack in 1973.  His strong influence on Malay popular culture is reflected in Malay production and songs.  P. Ramlee’s classic movies continue to be a hit amongst today’s viewers, as television stations air reruns of his famous title, and production houses churn DVD copies of  his award winning work.

Walking in Kuala Lumpur, visitors can appreciate the honour given to this talented individual, as major roads like Jalan Parry was renamed to Jalan P. Ramlee in 1982 and a memorial dedicated to his work was set up in 1986.  In 1990s, P. Ramlee was awarded with the title of Tan Sri posthumously.

His birthplace has been turned into a memorial, offering the opportunity for fans and visitors to enjoy and appreciate P. Ramlee’s contribution to the entertainment industry in Malaysia and the region. 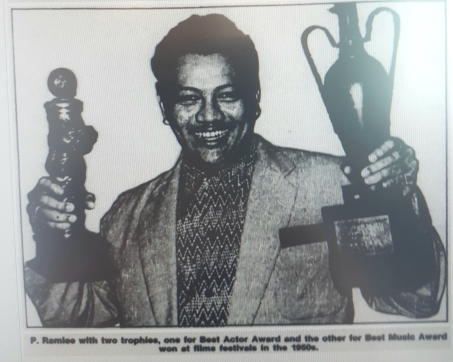 According to reports, on 22 April, 1986 – exactly a month after its official opening – the memorial received its 100,000th visitor.

Though every effort has been made to ensure that the house that P. Ramlee lived in would have a “live-in” atmosphere while serving to enlighten visitors, the objective has not been fully achieved.

The memorial was set up with two objectives in mind; namely, to commemorate the contributions of the late artiste to Malaysia’s performing arts and to preserve his works so as to encourage research into various aspects of his contributions towards the growth of Malay culture as a whole.

Glimpses of his life from childhood until his demise are found in the biography area.  In this area, documents such as his identity card, passport and death certificate are displayed.

There is a large wall poster that gives a summary of his biography.

He was born on the morning of Aidilfitri or Hari Raya – the first day of Syawal – when Muslims celebrate to mark the end of Ramadan, the fasting month.

Picture of his three wives – Junaidah, Norizan and Saloma – are hung in the adjoining room.  There are also written tributes paid to him by his contemporaries like Aziz Sattar, who acted with him in the Bujang Lapok series, and Ahmad Daud, a popular singer of evergreen songs.

At the centre of this room on a revolving table, are his violin, flute and gramophone, and a piece of music sheet.  This area focuses on the music world of P. Ramlee’s, tracing his involvement with music from childhood up to the time he became Malaysia’s renowned musician, composer and singer.

His favourite piano is also displayed in this room.

Pictures of scenes from films which P. Ramlee acted in or directed are displayed in another room.  Also displayed are filming equipment once used by P. Ramlee at the Merdeka Studio.  They include his huge camera.

P. Ramlee won many awards at various international film festivals.  They include the award he won for being “The Most Versatile Talent” in 1963.  It was for the film “Ibu Mertuaku”.  All these awards are displayed in a room together with letters from fans.

Also displayed are personal items including the clothers won by P. Ramlee and his wife, Saloma, when they received the Ahli Mangku Negara (A.M.N) award from the Yang di-Pertuan Agong, and costumes worn by P. Ramlee in the film, “Ali Baba Bujang Lapok”.

In the memorial, there is a theatrette which screens films by P. Ramlee and also documentary films.  It is located at the centre of the building.  Visitors can watch the films free of charge.

A Malaysian leader once said that P. Ramlee’s films did not provide empty stories.  They served as a guideline for social construction.

His films were full of criticisms against people who indulge in injustice and dishonesty and full of sympathy for the poor and the oppressed.

He also said that P. Ramlee’s works also did a great favour to Malaysia in the promotion of correct usage of Bahasa Malaysia and to popularising the use of idioms.

A TRIBUTE TO P RAMLEE

Although he was born in Penang, it was in Singapore that he carved a niche for himself and contributed consideraly to the film industry.

Through his films, he brought glory to Singapore by winning several awards in the various South-east Asian Film Festivals held in the 50s and early 60s.

Some of these awards include Best Music for Hang Tuah, Best Actor Anak Ku Sazali (My Son Sazali), Best Comedy for Pendekar Bujang Lapak (The Old Bachelor Hero) and Best Cameraman for Sumpah Orang Minyak (The Curse of The Oily Man).

His most prestigious award was for the film Ibu Mertuaku (My Mother-in-law) in which he was voted the Most Talented Actor.

All these films were produced in Singapore during the heyday of the Malay film industry.

Mr Yusnor, a scriptwriter, says:  “It would be sad if his works were taken elsewhere or cloistered in some company which had the copyright to them.

“Instead if we have a corner dedicated to the man where we can display his works, it will not only be something the community can be proud of but also be beneficial to the younger generation.”

There are many old movies of P. Ramlee on YouTube.  Please check Seniman Bujang Lapok and Ibu Mertuaku to enjoy. 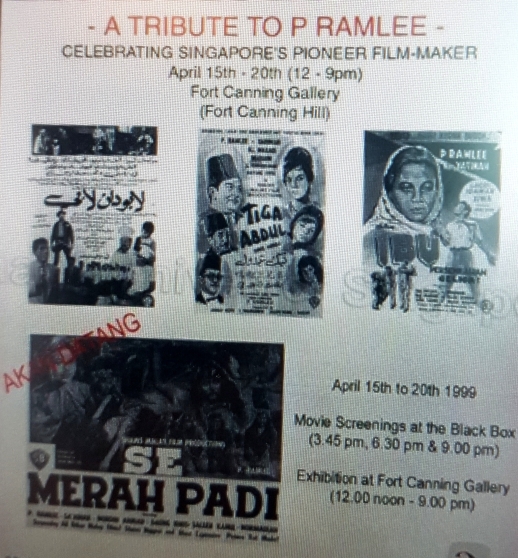 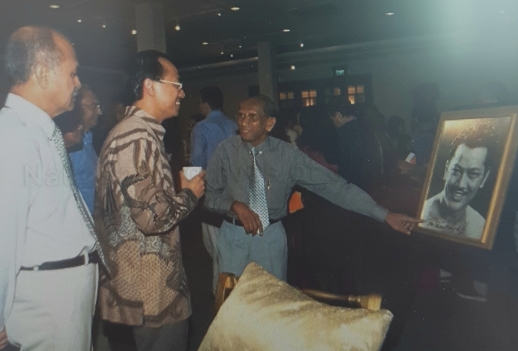 On 14 April, 1999 the former Minister for Information and the Arts and Second Minister for Trade and Industry Brigadier-General George Yeo Yong-Boon as Guest of Honour at opening of a ‘A Tribute to P. Ramlee’ at Gallery @ Fort Canning.

The second Singapore International Film Festival from 14 to 28 January, 1989 gave younger movie fans a chance to see the man in action … and a trip down memory lane for those from an earlier generation.