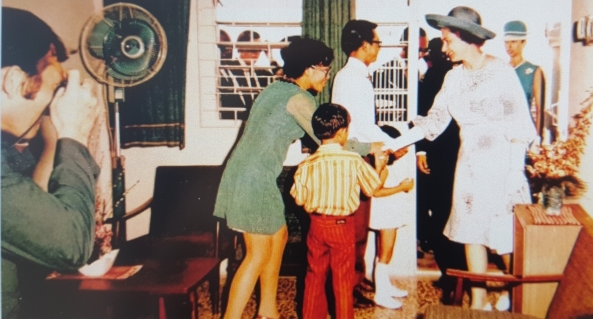 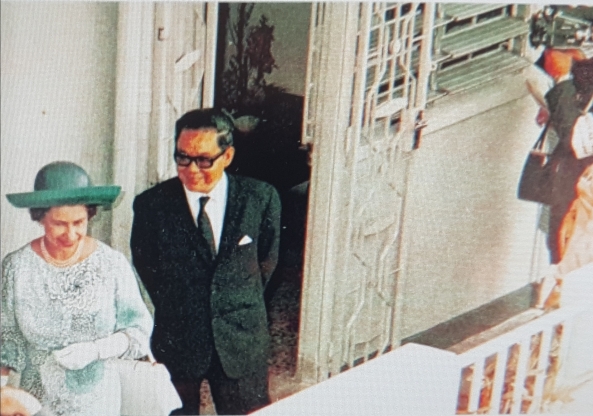 The scrapbook has been his family for close to 40 years.

The cover is royal red and used to have gold lettering, proclaiming “Visit of HRH The Princess Anne, 18th February, 1972”.

The letters have since faded and have been penned over with a black marker pen.

But the memories live on in Mr Jerome Lim’s mind in rich Technicolor.

The details might be a little fuzzy – Mr Lim was just seven at the time.  But he remembers the excitement and awe.

He also recalls the exact time Queen Elizabeth II stopped by: 4.15 pm.  As a Primary 2 pupil, he had skipped school in preparation for the visit.

He reveals that back then, he would usually laze around in shorts at home, but that day, his mother had dressed him up smartly in long pants and a crisply-pressed shirt.

Mr Lim recalls that he was caught completely off-guard, and the TV broadcast showed him leaping to his feet when the Queen arrived.

“I was busy daydreaming, which I used to do a lot.  Suddenly, Her Majesty appeared in the doorway!  I just scrambled to my feet in shock,” he says.

The Queen shook hands with Mr Lim, his three-year-old sister and both his parents, and was then ushered through the flat to take a look around a typical Singaporean home,” recalls Mr Lim.

Now 47, Mr Lim, a naval architect, still remembers how she shook his hand softly with a gentle motion of her wrist.

“A neighbour told me not to wash my hand, or I’d wash all the luck I’d gotten from shaking Her Majesty’s hand away.

“And I actually tried my best to go as long as possible with washing my hands.  It only lasted until night time, when my mother insisted I wash them.”

The Lims’ flat, on the top floor of Block 53, Toa Payoh Lorong 5, was one of two the Queen had visited with Prince Philip and Princess Anne.

At that time, Block 53 had been built with a viewing gallery on the roof for visiting dignitaries to look out over the estate and see how swampland had been transformed into a new town by Singapore’s public housing programme.

Mr Lim’s flat was eventually also visited by a host of other famous dignitaries, like then Australian Prime Minister John Gorton, who gave Mr Lim a pin with a kangaroo on it.

“It felt good to have a lot of dignitaries dropping by.  You get to see people you usually only see in the newspapers,” he says.  The Queen’s visit remains the highlight of his childhood.

HDB sent Mr Lim’s family the scrapbook after the Queen’s stopover, filled with both colour and black-and-white pictures of the Queen’s visit around the Toa Payoh estate.

It has become a prized possession, Mr Lim says, laughing.

Perhaps because of the visit, Mr Lim is now an avid blogger documenting Singapore’s past.

His family moved out in 1976, but he occasionally revisits the area to relive his memories.

“The front door hasn’t changed since the time we moved out!” he beams. 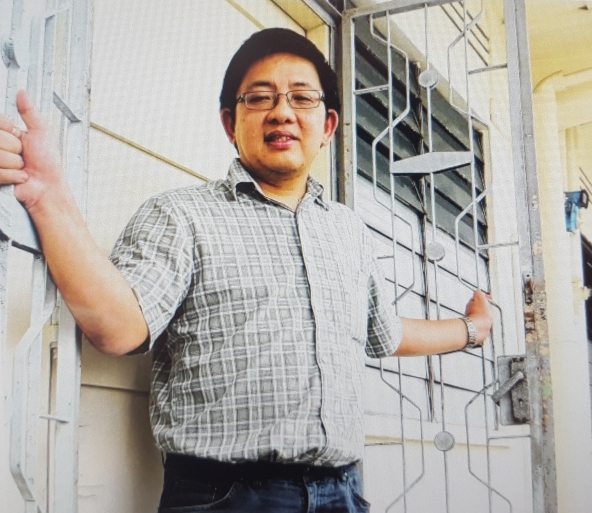 He has conducted heritage walks for the National Library Board at Toa Payoh, Sembawang and Mount Sophia, sharing his memories about how these places were in the past.

His photos were also used for a recent exhibition at the Toa Payoh Public Library.

The history buff is also involved in the Memory Corps for the Singapore Memory Project, where people can contribute their memories of Singapore.

“I wanted to capture my memories, says Mr Lim.  “I think I had quite an interesting childhood, and a lot of my childhood was spent in a Singapore I can’t find any more.”

This year, the Queen celebrates her Diamond Jubilee after 60 years on the throne.

As for the flat, neighbours say there is currently nobody living there.

Some of the residents who have stuck around since the 1970s still remember the Queen’s visit.

Mr Quek C.S, who has lived in Block 53 since it was built, says: “Of course I remember the Queen.  If you get to see her, you will remember her forever.”

But some of the younger generation still remain oblivious about Toa Payoh’s royal guest.

Ms Cindy Tan, 18, a student who sleeps over at her grandmother’s Toa Payoh flat some nights, is disbelieving.’

“You mean, the Queen really came here?” she asks.

“I thought my grandmother was just joking when she told me.  I can’t believe the Queen would come here when she can go somewhere high-class instead.” 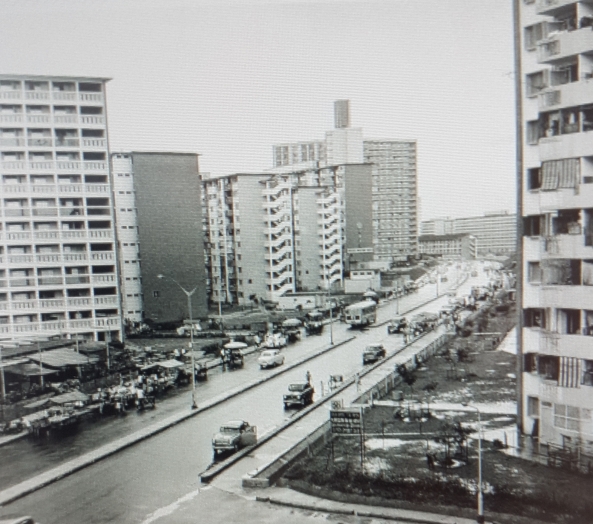 CHANGE:  Toa Payoh housing estate in the 1970s.  It had been transformed from a swampland into a new town.