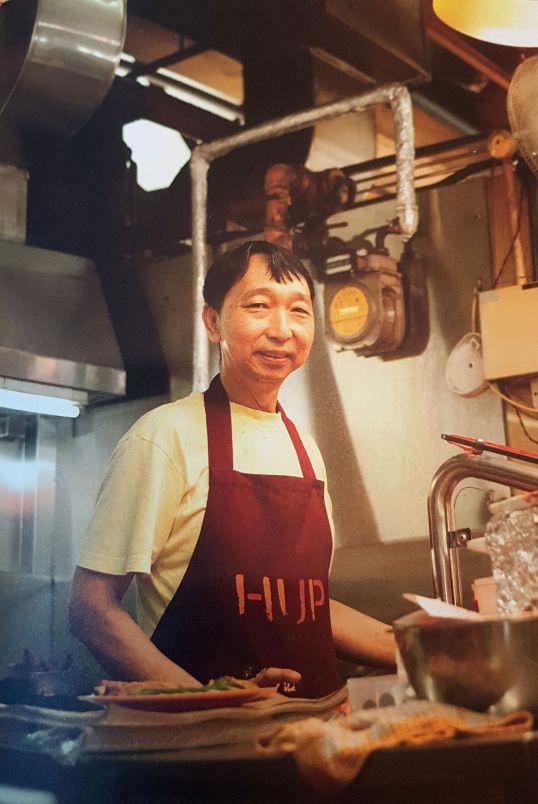 Ng Kok Hua remembers the days when his family’s business comprised a pushcart with a canvas roof and two square tables in front of it. Those were the humble beginnings of China Street Fritters, one of the most popular stalls at Maxwell Road Food Centre today. It was started by his father and uncle in the 1950s and has remained a steadfastly family-run business since. Their traditional fritters, known as “ngoh hiang” in Hokkien, are aromatic rolls of spiced minced meat wrapped in soft beancurd skin and then deep-fried. These are sold alongside fried bee hoon and other items like fried tofu, fishballs and century eggs. 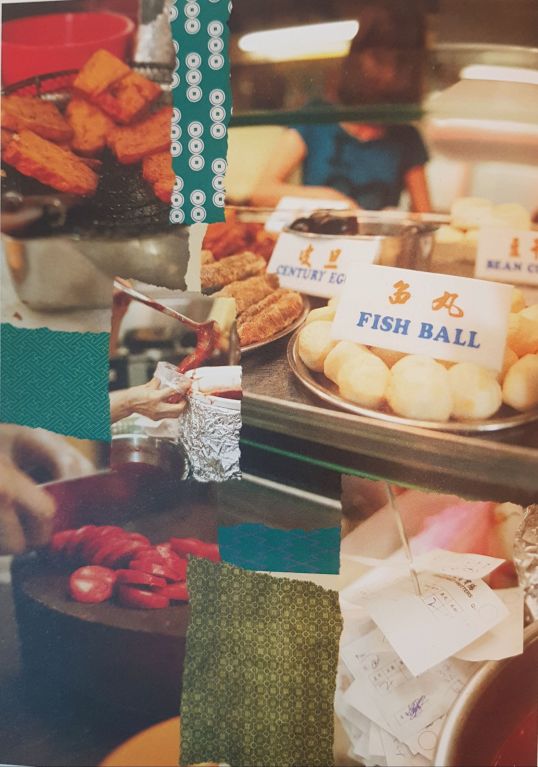 “In the early days, cars would stop right in front of our stall along China Street and people would buy their food without getting out,” Kok Hua recalls fondly. “We could only operate between four and nine in the evening as the fritters were all handmade, which took a lot of time. Without a fridge, the food couldn’t last very long either.”

The stall was run by Kok Hua’s father, mother, grandmother and sister. It fed people from all walks of life – “from tycoons to coolies,” as he put it – but in particular, workers from the nearby shipping companies. “Sometimes we’d get bullies who pretended to pay on credit, but who were really looking for a free meal,” he added.

Kok Hua and his elder brother Richard began helping out at the stall in 1972 when their father fell and dislocated his arm. The patriarch passed away three years later and Kok Hua took over the running of the business. In 1979, the Ngs moved to a different space on the same street, but this time with a real roof over their cart. They peddled their popular fried fritters there till 1987, when the government relocated them and their fellow hawkers from China Street to Maxwell Market.

The simple set-up of their new space fostered both camaraderie and conflict between the hawkers pooled together a sum of money to buy more tables and stools for their customers,” says Richard. “But this often caused arguments because the customers would sit at those tables but order from the stalls that didn’t contribute to them.” Still, the open concept meant that the hawkers could communicate easily, which for the most part helped to build good relationships. Richard says that the vibe has changed now that the centre has been renovated. With each stall confined to nine-foot-square space, there is little opportunity for the hawkers to chat throughout the day.

Nevertheless, for patrons, it is all about the food, the familiar favourites that they return for year after year. China Street Fritters is still as popular as it was in the 1950s. It consistently receives accolades for its good food and was even invited to cook at the presentation of the President’s Award for the Environment, held at the Istana, the official residence of the President of Singapore, in 2010. 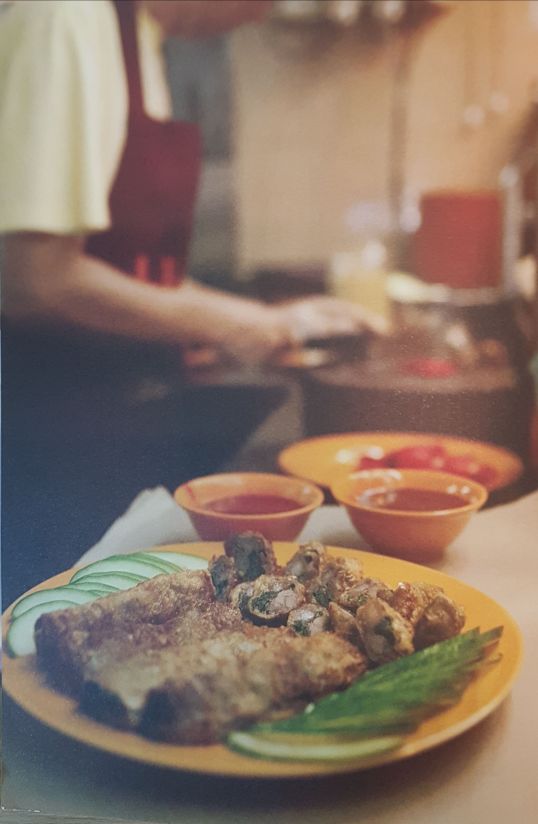 Annette Tan is a food writer, editor and food stylist. She is a regular contributor to numerous magazines and newspapers in Singapore and the region. She is the editor of The Miele Guide, Asia’s first independent restaurant guide and has lent her talents to various cookbooks including Heritage Feasts: A Collection of Singapore Family Recipes that was named Best Cookbook – Singapore at the Gourmand World Cookbook Awards 2011. She is also a culinary instructor at TOTT, and lives and works in Singapore.

Mervin Chua – His earliest memory of photography was the smell of burnt magnesium filaments wafting from the flashcubes of Kodak Instamatic cameras. Since then, he always incorporates a sense of touch and scent as part of the visual cache of an image. The Singapore-based photographer has contributed to many regional magazines and has lent his eye for detail to projects such as the award-winning Heritage Feasts: A Collection of Singapore Family Recipes. 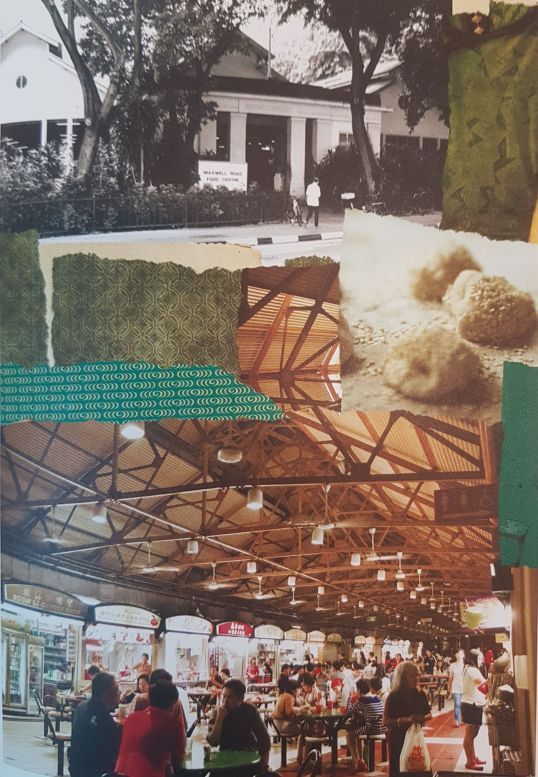 A few of the related blogs on this topic posted here and here to share. 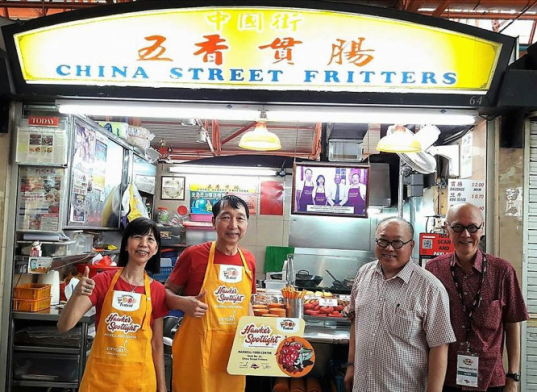 At the end of South Bridge Road, on the corner of Maxwell Road, is a hive of gastronomic activity. The Maxwell Road Food Centre draws hungry crowds throughout the day, who come to sup at their favourite stalls, including stalwarts such as Tian Tian Chicken Rice, China Street Fritters and China Street Hum Jin Pang. Built in the 1950s as a wet market for the Chinatown area, the site was transformed into a temporary hawker centre in the 1980s. It housed hawkers from nearby China Street, who were relocated to make way for urban redevelopment. “In those days, the layout of the centre was more open,” recalls Madam Foo Kui Lian, who owns the perennially popular Tian Tian Chicken Rice stall. “We hawkers would communicate with one another by shouting across the stalls. We built friendly relationships by chatting around the common washing area.”

While hawkers like Madam Foo hold fond memories of the space, diners remember it differently. Set smack along the main thoroughfare where people ate, the common washing area collected stacks and stacks of dirty dishes that piled up high during peak hours – not a particularly appetising sight. When the crowds ebbed, the hawkers would perch themselves on tiny stools and do their washing up. The oily dishwater ran into clogged drains, which in turn spilled over onto the floors. Poles of sugar cane sat nearby, their porous flesh soaking up the polluted water before heading for the crusher to yield sweet [though terrifyingly unhygienic] sugar cane juice. Yet despite these unsanitary conditions. Maxwell Road Food Centre remained a favourite culinary destination where a glorious variety of dishes, from Chinese delicacies such as turtle soup and pig’s brain to rickshaw noodles and Chinese kueh [cakes], drew patrons from far and wide.

That all changed in March 2000 when a S$3.5 million renovation transformed it into the organised, sanitised hawker centre that it is today. “Each stall now measures nine feet by nine feet, which is larger than the six feet by eight feet stipulated by the National Environment Agency,” says Richard Ng, co-owner of China Street Fritters and hawker representative for Maxwell Road Food Centre. “The building’s structure is such that its original pillars are set nine feet apart, so the stalls had to be arranged that way.” Still, despite the relatively generous stall sizes, the new centre proved to be ill-equipped for the searing tropical climate. Diners complained that the centre was too hot for any kind of culinary enjoyment. The simple solution: more fans.

While Maxwell Market, as it is fondly known to locals, continues to be a popular food hub in Chinatown, Richard says that the vibe is decidedly different now. “The bonds between the hawkers were much stronger in the days before the renovation. Because of the cubicles, people tend to keep to themselves now. They can only interact with each other after peak hours, unlike in the past, when the activities in the stalls were visible to all.” [Source: ‘Savour Chinatown’ – Stories, Memories & Recipes book]. 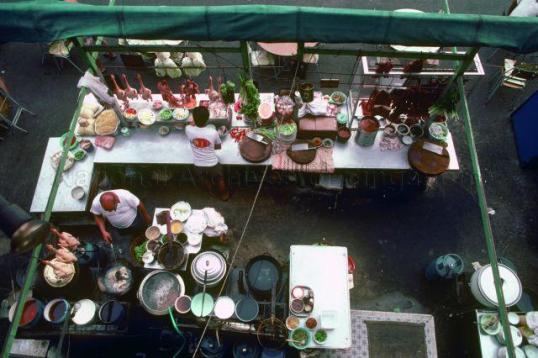 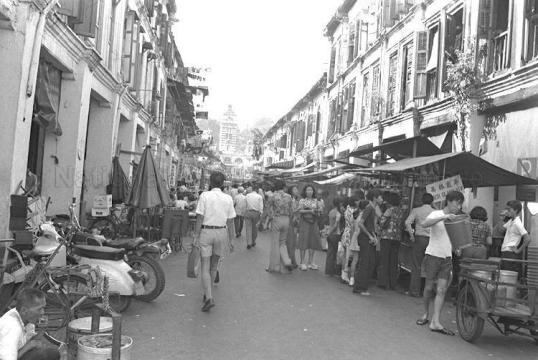 In the 1950s and earlier, roadside hawker stalls were unlicensed before the hawker centres were built in Singapore. The archived photos above with courtesy of the National Archives of Signapore.

In the 1950s when my father was working at Kheng Seng Chan at Telok Ayer Street, he often eat his favorite “ngoh hiang” at the China Street roadside stall. At that time, the stall was operated by Kok Hua’s father.

Later, when I was working at the Outpatient Services Department, Ministry of Health at Kadanayallur Street next to the Maxwell Road Food Centre, my favorite “ngoh hiang” at the China Street Fritters stall run by Kok Hua. From one generation to another generation, the homemade stuff with secret recipe by Kok Hua’s father passed to Kok Hua remain unchanged ….. the heritage food culture and the hawkers in the family.

Food is a personal preference that the favorite of the father will not necessarily be the favorite food of the son or anybody else. Incidentally, my father’s favorite “ngoh hiang” of the China Street fritters was passed to me and no change of our taste. Anyway, we do not know how nice we like the food unless we try them for the tasting experience. 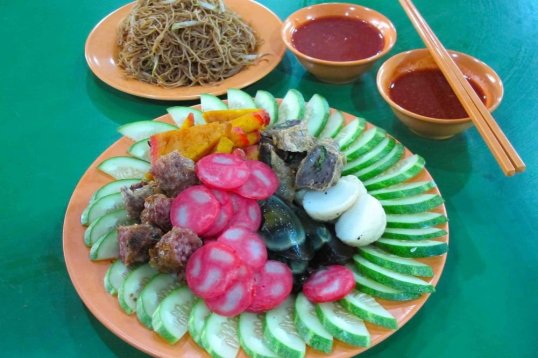 Led by local celebrity and food connoisseur, Moses Lim, the media entourage at the Singapore Food Festival was given an intimate insight to Maxwell Food Centre, and was introduced to six heritage hawker stalls such as China Street Fritters, well-known for its traditional handmade Hokkien ‘ngoh hiang’, 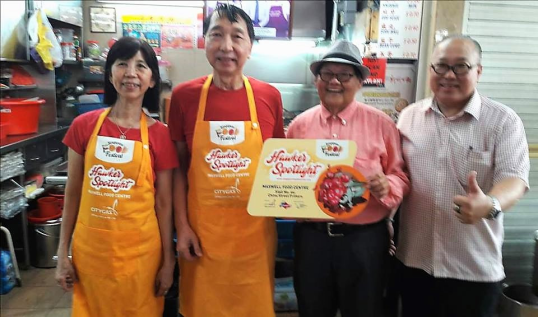 Some friends from overseas like to know the name of this items called.
Here it goes! 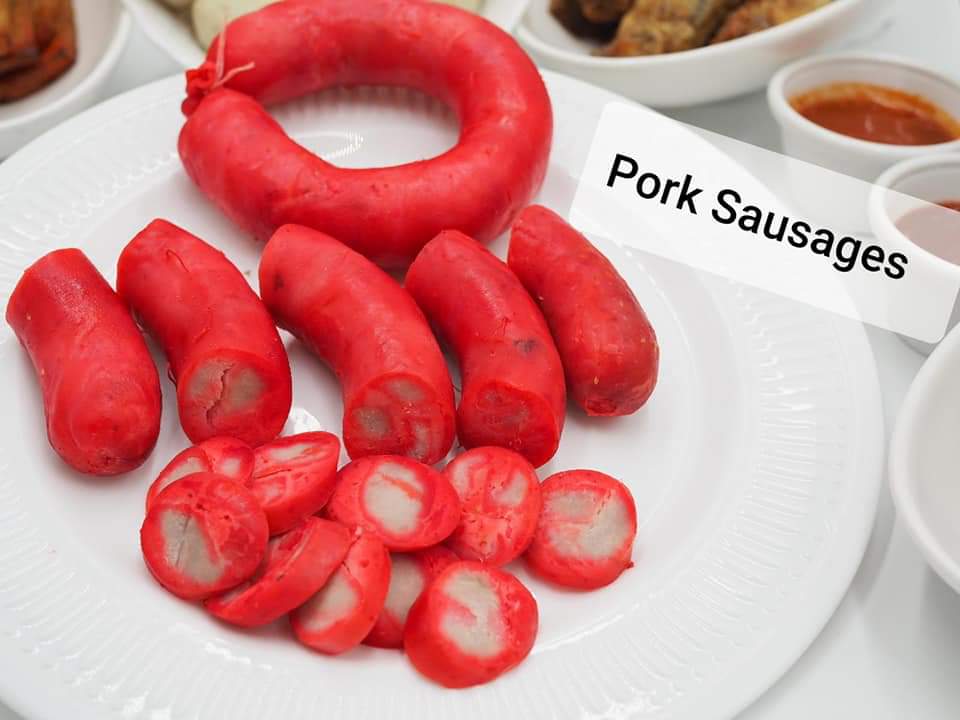 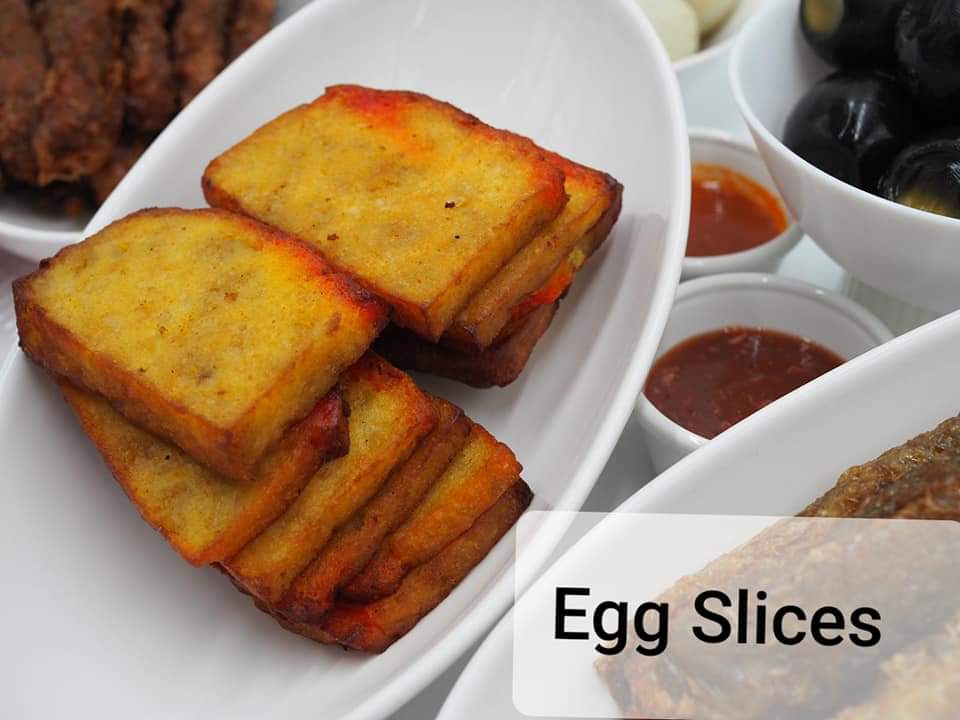 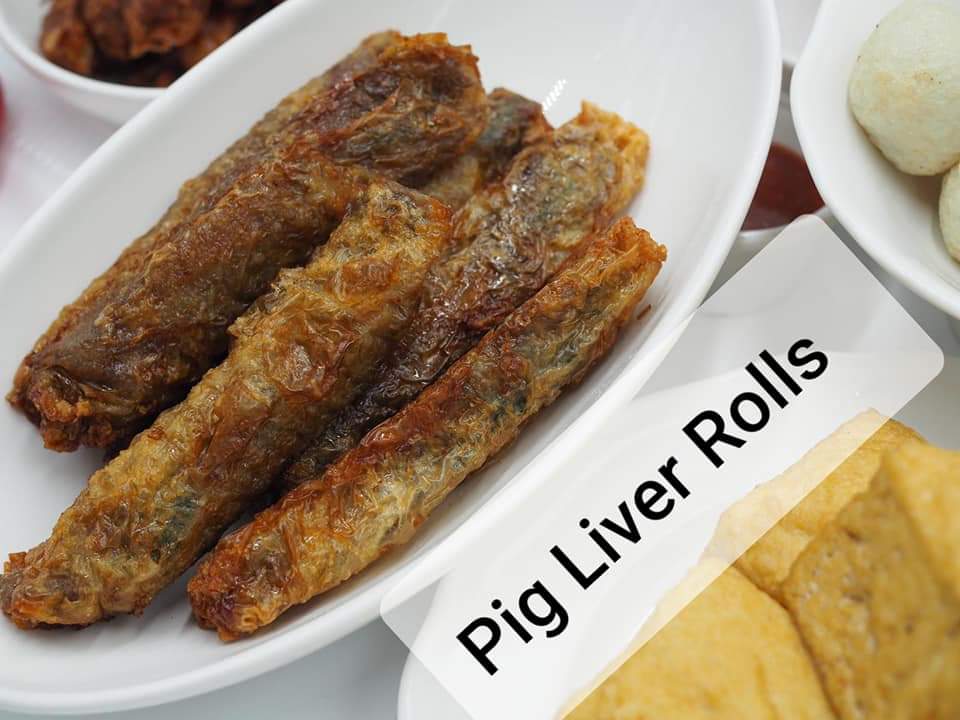 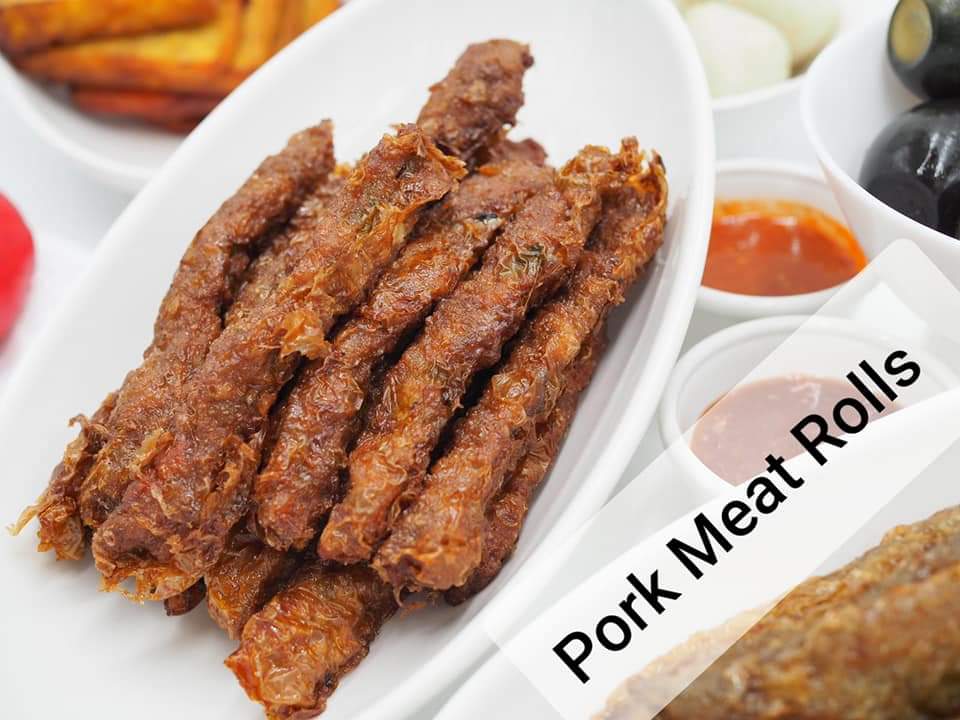 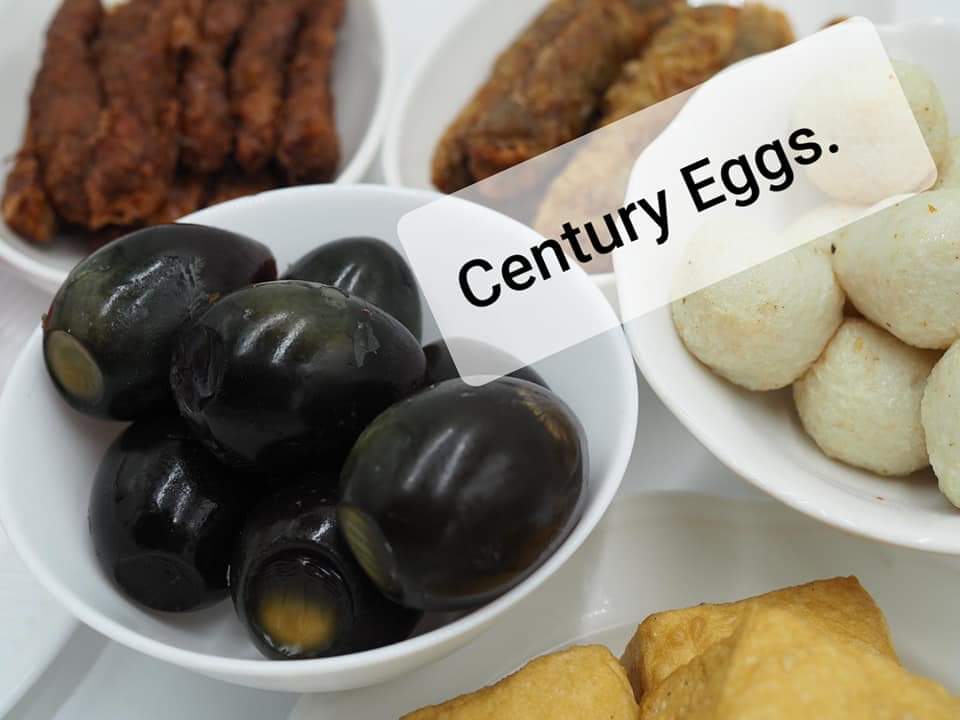 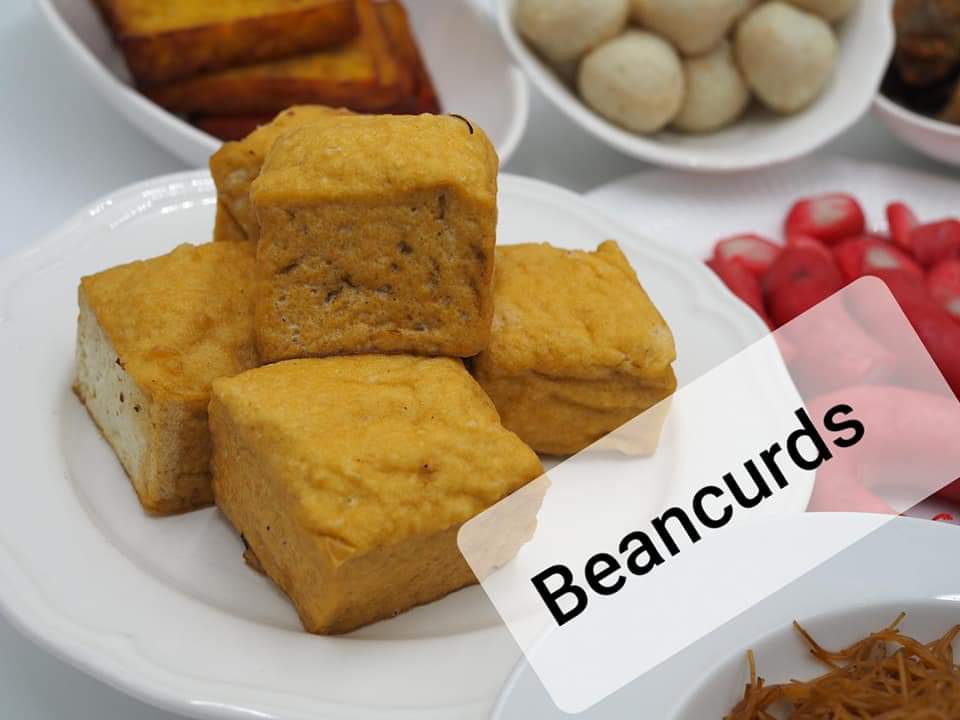 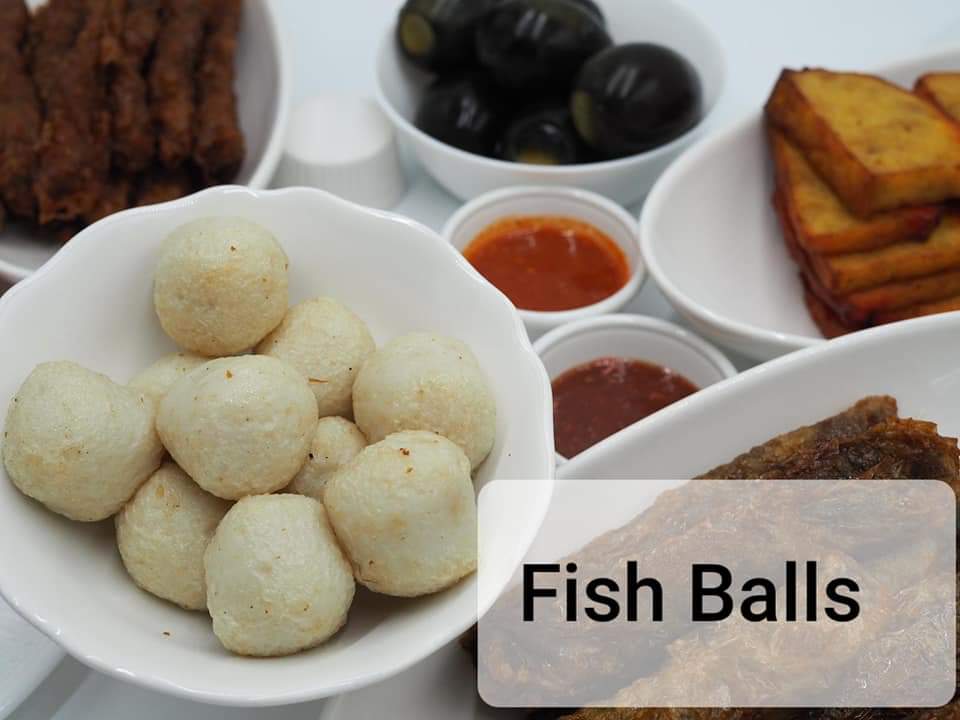 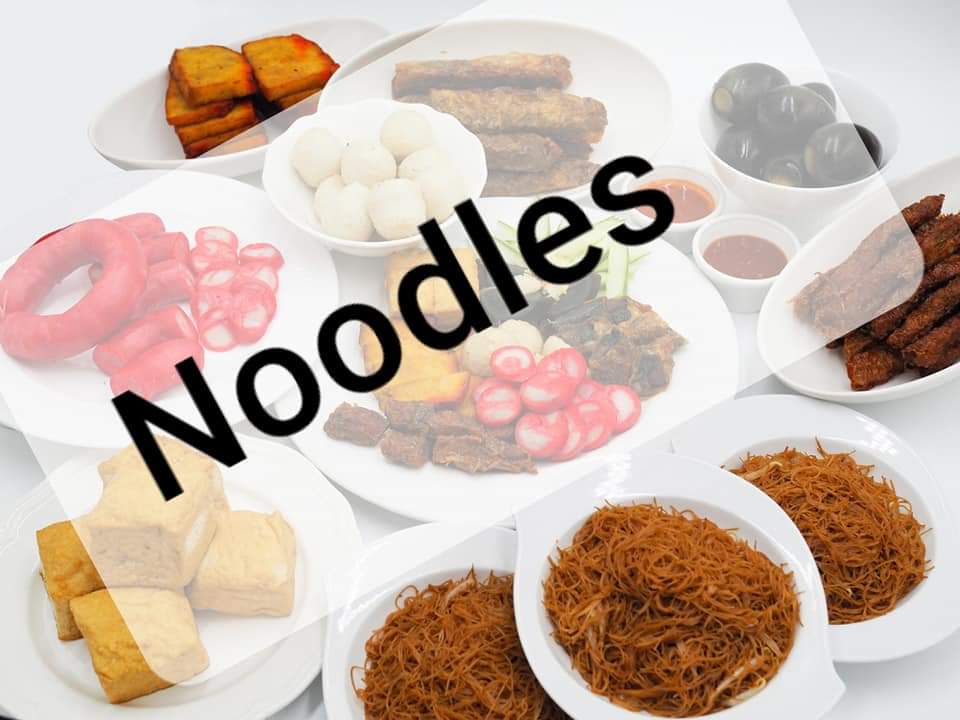