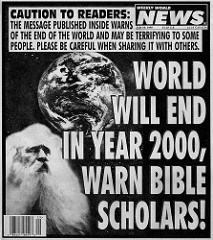 In Computerworld’s first 50 years covering the tech industry, it’s possible that no single IT topic got as much attention as the so-called “Y2K crisis.”  In the second half of the 1990s, IT organizations spent billions patching systems and replacing hardware and software that had been designed to support only a two-digit year format.  Because of the unprecedented scope of the work required to address the problem, what became known in industry shorthand as “Y2K remediation” projects turned out to be the biggest challenges many IT leaders faced in their careers.  The world knew the problem by many names – Year 2000 Bug, the Millennium Bug and simply Y2K – and just about everyone had heard dire predictions that business operations would spiral into a state of total paralysis as the clock struck midnight on Dec 31, 1999.  And then it was over.

As Robert L. Mitchell wrote in “Y2K: The good, the bad and the crazy,” a Computerworld feature looking back at the Y2K phenomenon 10 years after the fact), the world held its breath on New Year’s Eve 1999 – and nothing happened.  Jan 1, 2000 came in just like any other day.  There were no major failures to report anywhere.  In the aftermath, or non-aftermath, Mitchell reports that some pundits said all the preparation had been overkill. Others maintained that only the hard work of IT pros kept the information systems of the world on track.  Whatever side you take in that debate, there’s no argument that Y2K had a big impact on the psyche of IT professionals and the world at large.  The Millennium Bug became a convenient scapegoat for everyone from CIOs to litte kids with messy bedrooms.  And it certainly provided a wealth of material for our editorial cartoonist, John Klossner.  We hope you enjoy this wry look back at the way we obsessed over, sought to profit from or tried to ignore the looming spectre of Y2K. 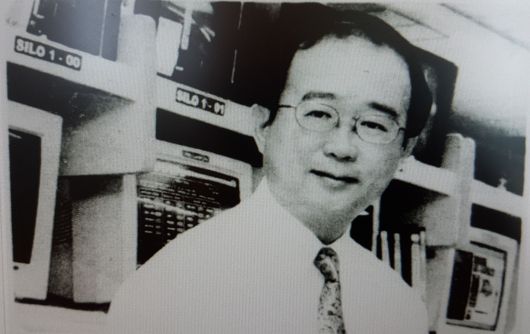 Reads an average of two novels a month

The coming decade will be an era of e-enabling the business.  Mr Alex Siow, chief information officer of HDB and president of the Singapore Computer Society speaks with JENNY CHIN about his views on what the challenges are and how CIOs can prepare themselves to meet the demands.

If you look at the horizon, what do you see are the technology challenges facing companies?

Prior to the year 2000, the emphasis was on the Y2K bug.  There was fear then of absolute chaos in the systems.  The emphasis then was to make all systems Y2K complaint.

But when 2000 came and the Y2K bug was not an issue, companies began to focus on how to communicate with their customers and business partners over the Web.  There is now a swelling demand for Internet enabled applications and this is the main challenge facing companies.

But most companies have a Web presence already, haven’t they?

Here, we are not just looking at a Web presence.  That is a given and it is important that every company must be accessible to the public on the Internet.  This is because it is becoming common for people to go to the Web and look for information and companies without a Web presence will be regarded as second rate.

But beyond Web presence, companies must now look at Internet-enabled customer service application and transaction based application.

This is going to be a medium to long-term investment.  It is true that many people who have invested on the Web have found the payback in financial terms to be slow.  I urge for patience.  The young people will begin to transact soon and the momentum should snowball.

What is the CIOs role in this whole exercise?

It has only been in the last five years that large corporations here have appointed CIOs.  Before that, this position did not quite exist.

The CIO’s job is to do strategic planning for the company and fit IT into the business model of the organisation.  His job description is much more than looking after the day to day operations.  He is supposed to look into the horizon and chart the IT manpower, systems and business plans for the company.

The IT manpower shortage is for real.  Mr Alex Siow shares his views on how companies can handle this issue and still stay on track to roll out e-enable applications.

Do you find difficulties hiring IT staff?

There has been a global shortage of IT staff.  The crunch started in 1999 and we have not been able to operate to full strength.

Then, how can companies get around the issue of manpower shortage?

Basically, we can look at tackling the issue in four ways.  These are hiring second rate staff, getting contract workers from overseas, outsourcing, or using the application service provider (ASP) model.  The ASP supplies you with the application you need over the Internet and maintain them on your behalf.  You pay based on per user per month or per use.

What are the strengths and weaknesses of each of these methods?

Personally, hiring second rate staff can only be temporary solution.  In the long-term, it impacts the level of intelligence of your organisation.  I am not trying to be arrogant here but you must set a benchmark for your organisation and find people that can raise the benchmark.

Personally, I am in favour of hiring contract workers from abroad but this pool seems to be drying up too.

The third alternative, outsourcing, is not popular in this part of the world partly because companies want to have more control over IT, which is increasingly  a core competency for a business.  So, whenever we outsource, it is mainly for a project where the outsourcing company has expertise not available in-house.  This is a workable solution except that the outsourcing company also runs into manpower problems.  To retain its staff, it has to pay a premium.  That’s why outsourcing is a viable but an expensive option.

How do you classify first grade staff?  What do you look for in a fresh graduate during an interview?

Here, I am not just looking at workers but someone who can be a strategic planner as well and develop the business skills.  That’s what IT in the new economy is all about.

How about existing mainframe staff?  Are they dead and how do you pan to convert them to the new economy?

The CIO needs to draw up a strategic plan, which classifies the existing manpower and draws up a training programme for them to adjust to the New Economy.  It is not easy for someone conversant with mainframes to come out of his comfort zone and fit into the new economy.  Even with training, they may never be able to be as conversant with Java as someone trained in it.

Yet, because they know the legacy systems, they are the ones who help you to e-enable your legacy and mainframe systems.

But mainframes are being phased out, aren’t they?

If you are a big organisation with lots of systems and manpower trained on existing systems, you are not going to throw them out overnight.  The cost of doing so is enormous.  Instead, you will try to extend the life span of your legacy systems, adding functionality and interactivity with the Web economy to it.  There is nothing like the mainframe – an old, reliable, trusty workhorse. 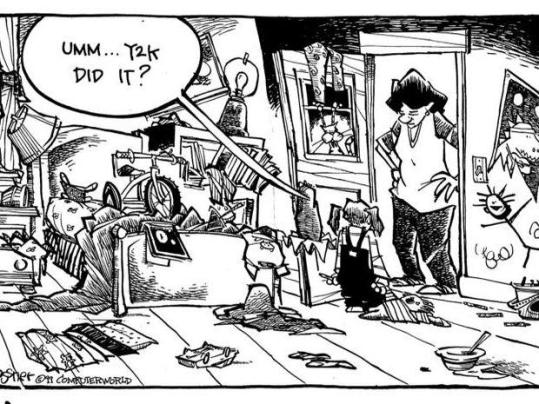