In 1938, Pineapple Hill was acquired by the British Army for military use and the temple moved to a village known as Koo Chye Ba (near Lorong Koo Chye). Due to land acquisition by government in the 1980s, Koo Chye Ba Sheng Hong Temple moved into Cheng Feng Lian He Miao with Leong Wan Giam Temple and Hong Hian Keng in 1988.

In 1993 the sixty-tai-sui hall was setup with “Joss Ash” from Bai Yun Guan temple in Beijing. This is probably the first of its kind in Singapore.

In 1926, a group of Anxi residents from Pineapple Hill moved to West Coast area to develop a new village and they brought along the ‘Joss Ash’ of Qing Xi Xian You Bo Zhu (Anxi City God) to build Yang Tao Yuan Sheng Hong Temple. 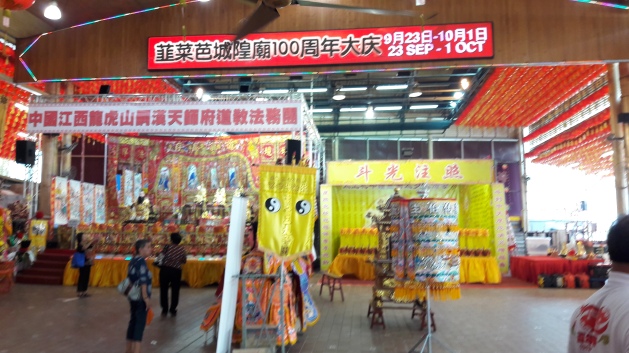 The month-long cultural, religious and community activities from September 23 to October 1, 2017 organised by the Organising Committee of the Koo Chye Ba Sheng Hong Temple.

The highlight of the celebration on September 26, 2017 of the 100 anniversary dinner held at the compound of the Koo Chye Ba Sheng Hong Temple.  The Guest-of-Honour is Deputy Prime Minister Teo Chee Hean.

On this special occasion, the Inter-Religious Organisation of Singapore’s representatives attended the dinner.  The religion leaders and members of the  different faith communities in Singapore prayed together on stage for the success, peace and blessings for Singapore,  the temple  and everyone. 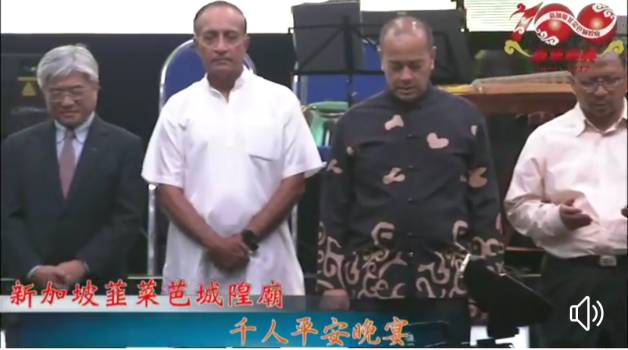 Without religious harmony, a multi-racial society would very quickly degenerate into chaos, and ruin.   This recognition of the importance of religious harmony in Singapore began more than 50 years ago.  Learn more about the Inter-Religous Organisation here .

The original temple was formerly located at ‘koo chye ba’ (‘leek vegetable kampong’ in Hokkien).  The present location of the temple is convenient as easily accessible by public transport by taxi, bus or train.

Chinese opera stage at the temple

During the period of the anniversary celebration, the stage was constructed on the temple compound. 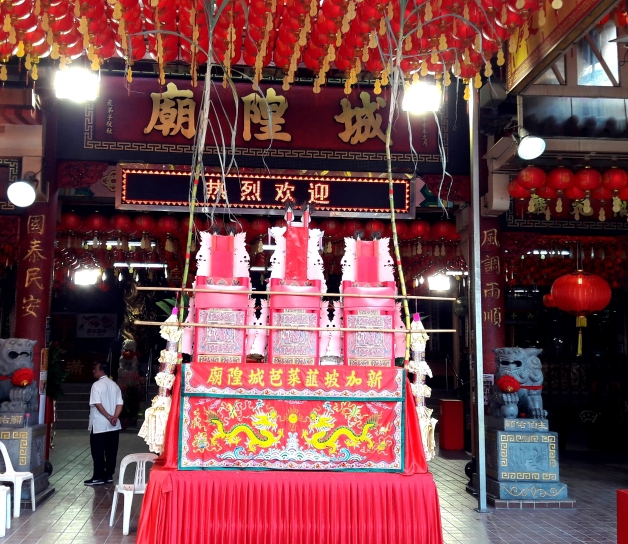 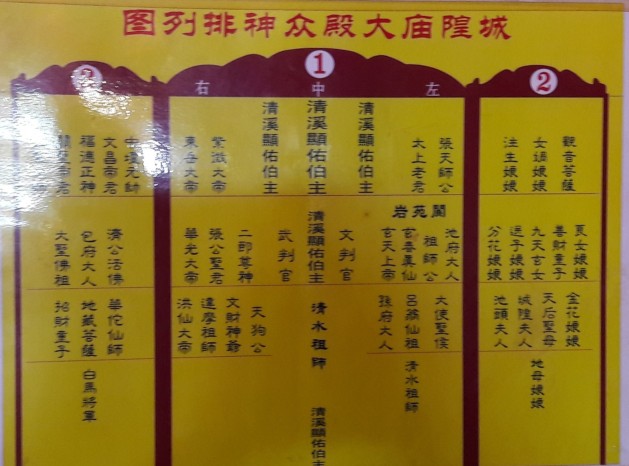 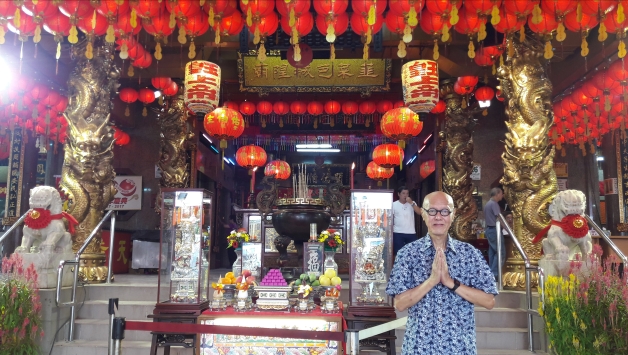 One for the memory of the Singapore Koo Chye Sheng Hong Temple 100th anniversary on 26 September, 2017.

Cross the “Bridge of Peace and Blessings” 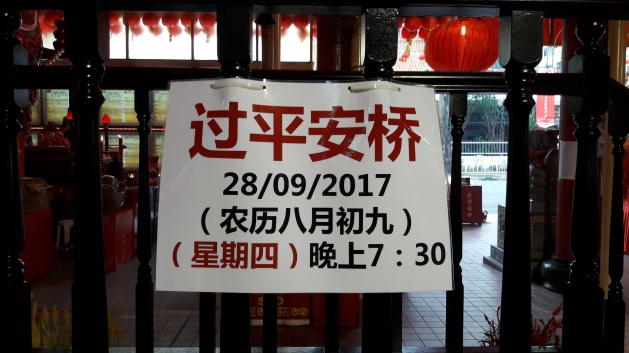