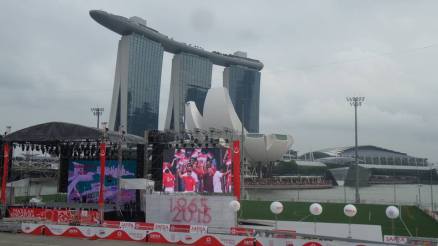 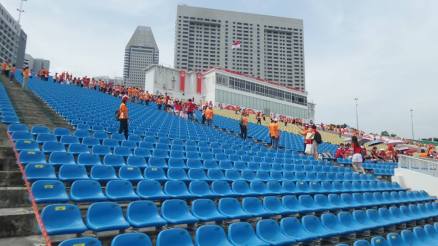 The theme for this year’s NDP2015 is “Majulah Singapura” and it will return to a historic venue, the Padang, to celebrate Singapore’s Golden Jubilee.

Tens of thousands surrounded the Padang to mark the day in 1965 when Singapore separated from Malaysia and took its first step towards independence. More than 26,000 gathered at the Padang itself where the first National Day Parade took place in 1966, while many more thronged its surroundings such as Marina Bay and the Marina Barrage.

Fifty years since that fateful day on Aug 9, 1965, the nation threw its biggest party to celebrate its journey, but not without paying a touching tribute to its late founding Prime Minister, Lee Kuan Yew.

The segment also featured the Singapore Girl, an international icon in her own right. And for the first time, a Singapore Airlines A380 flew proudly across the Parade.

The parade then welcomed President Tony Tan Keng Yam and spectators watched in awe as 20 fighter jets flew past in a ’50’ formation in the sky.

In previous years, the show segment stood on its own. This year, it was integrated within the larger parade theme. Using multimedia, performances and larger than life props, the show told the Singapore story in six chapters, starting with the arrival of legendary founder Sang Nila Utama and highlighting the role of Singapore’s pioneers.

A special vintage segment was a nostalgic throwback to the parades of yesteryear, featuring about 450 participants from nine organisations, all of them donning the uniforms of the 1960s and 1970s.

The Channel News Asia on this interesting video here .

Singapore has ‘ample reason to celebrate’

As Singapore looks to its past and into the future, there is “ample reason” for the nation to celebrate on its 50th birthday, Prime Minister Lee Hsien Loong said in his National Day Message on 9 August 2015.

In his message, which was recorded at the Victoria Concert Hall, Mr Lee reflected on Singapore’s journey from Third World to First since Singapore separated from Malaysia.

“That moment of anguish turned into a lifetime of determination to forge a path for this island nation,” he said.  “From that break, we began building a nation.  And what a journey it has been.”

“It started with the generation of leaders convincing our pioneer generation that Singapore could succeed as a sovereign country.

“Together, leaders and the people – the lions and the lion-hearted – fought with unwavering determination to secure our foundations.  After them, younger generations picked up the baton and took Singapore further.”

Mr Lee added that throughout its journey, Singapore has kept to founding Prime Minister Lee Kuan Yew’s promise on Aug 9, 1965, that “we’re going to be a multiracial nation in Singapore”.

In the years that followed, Singapore overcame problems like oil crisis in 1973, Sars, the Asian financial crisis and the global financial crisis, and “turned vulnerabilities into strengths”.

The nation can celebrate how a struggling economy with no domestic market made the world its market and created jobs for its people.

These 50 years of peace and security are largely due to the efforts of generations of national servicemen.

Mr Lee added that Singapore can also celebrate how no one has been left behind.

“Every citizen has benefitted from Singapore’s progress” and “everyone can look forward to a brighter future”, he said.

Singapore now stands at a “high base camp” and can look back and marvel at how far it has come.

He said: “We are grateful to those who made it happen.  From this base camp, we can also look forward to new peaks ahead.

“The journey ahead is uncharted.  But we must press on, because we aspire to do better for ourselves and our children.

“We know that we will get there, because we will always be there for one another.  We are stronger as one people.”

This is a personal blog to express and explain a few reasons why this year’s National Day Parade 2015, the 50th birthday of our nation, the Golden Jubilee of Singapore’s independence of nationhood is a sentimental occasion to me.

Firstly, a kind soul gave me a seat ticket to attend the National Day Parade 2015 at The Float @ Marina Bay on 9 August, Sunday although it was unsolicited.  It is the first time for me to watch the NDP at The Float.

Secondly, I heard for the first time five years ago about the jubilee celebrations in Singapore’s 50th anniversary in 2015.

Prime Minister Lee Hsien Loong mooted the launch of the Singapore Memory Project (SMP) in his National Day Rally in 2011.

The purpose of SMP “to capture, preserve and showcase memories of Singapore with stories from any person, community, group or institutions that has experienced Singapore. Together these individual stories weave the tapestry of our nation”.

Thirdly, this is a new experiment with a single smartphone device to capture photos, videos as the material and resources as “memory aids” to post on this blog.  Thanks to the use of Facebook to share my NDP2015 experience directly from the Float @ Marina Bay to my Facebook friends. 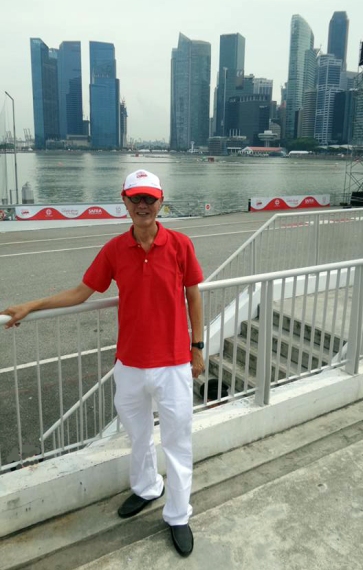 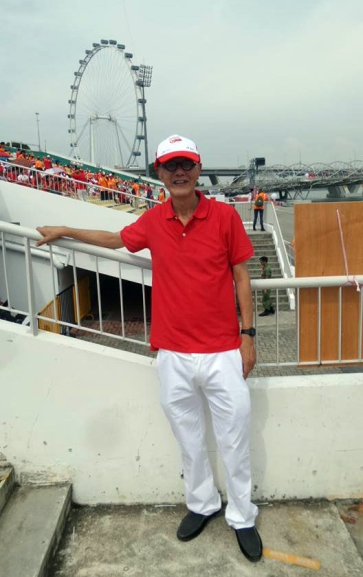 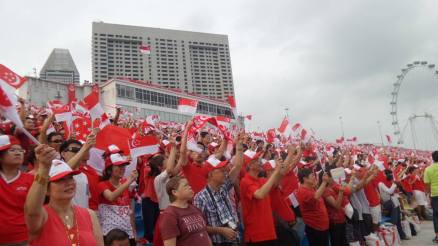 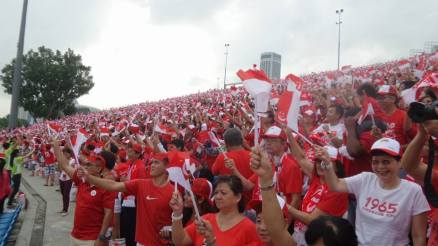 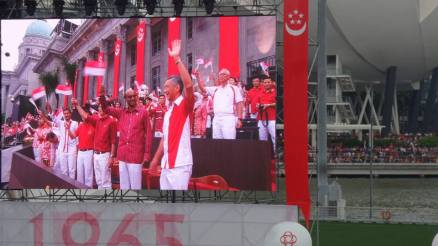 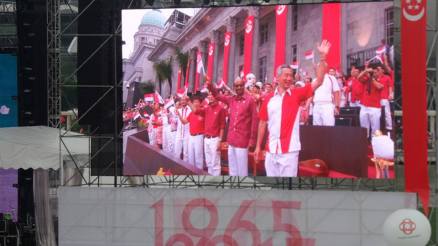 The Vintage Parade re-enacted segments of the street parades that took place in the early `1970s.

Pioneer Generation Singaporeans would remember the Singapore Police Force uniform with shorts … the days of the “Mata cheng teh kor” (“policemen in shorts” translated in Hokkien).

The Aerial Display with the Republic of Singapore Air Force’s (RSAF) salute to the nation, comprising the Black Knights performing a bomb-burst and RSAF assets in a “50” formation flypast. 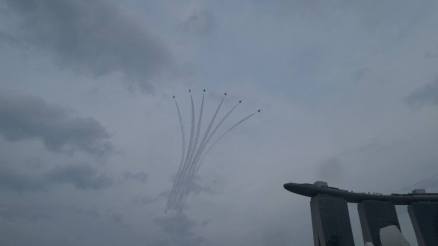 Grand Finale of spectacular fireworks at the Marina Bay