The main entrance arch into the River Hongbao 2015 to usher in the Chinese New Year at the Singapore floating platform at Marina Bay which I could recognise during my childhood days in the 1960s.

It was reconstructed and copied the design and architecture of the New World Amusement Park’s entrance located at Jalan Besar. Completed in 1923, the New World Amusement Park was one of the few amusement parks in the early days of Singapore.  The vintage entrance and the ticket offices at the sides, took after the distinctive facade of the now defunct New World Amusement Park.  In its glorious past, crowds of people visited the park and it was a source of joy to children while traditional Chinese operas, Malay dance performances and Hollywood movies screenings appealed to the adults. Here, a walk through the entrance reveals a retro extravagance promenade.  The bustling promenade evokes a familiar atmosphere of traditional Chinese opera performances with the classic opera masks, the beautiful winding flowers and the drawn curtains lined on both sides of the pillar.

With thanks to Susan Koh, “A Juggling Mom” for her interesting “River Hongbao 春到河畔 2015” blog here .

My contribution of old photos of my family album of the “Memories of River Hongbao 1992 春到河畔” was shared to the Singapore Memory Portal. At the “River Hongbao 2014 @ Marina Bay”, I posted this blog here .

Singapore River Hongbao 1988 Variety Show on the steps of the City Hall on 16 February, 1988.  (Photo Credit:  National Archives of Singapore).

Last year, I did not notice the bronze life-sized sculptures at the Marina Bay. 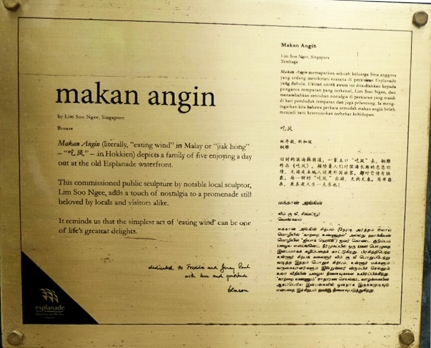 “makan angin” by Lim Soo Ngee Makan Angin (literally, “eating wind” in Malay or “jiak hong” – “吃风” in Hokkien) depicts a family of five enjoying a day out at the old Esplanade waterfront. The commissioned public sculpture by notable local sculptor,Lim Soo Ngee, adds a touch of nostalgia to a promenade still beloved by locals and visitors alike. It reminds us that the simplest act of “eating wind” can be one of life’s greatest delights. I missed the opening of River Hongbao 2015 as reported in Channel News Asia here .  On the eve of Chinese New Year on 17 February, 2015 afternoon to “makan angin” and capture memorable moments at Marina Bay to celebrate the traditional annual events for Singaporean Chinese, foreign visitors, guest workers and tourists.  Tonight coincides with the traditional reunion dinner with the family. 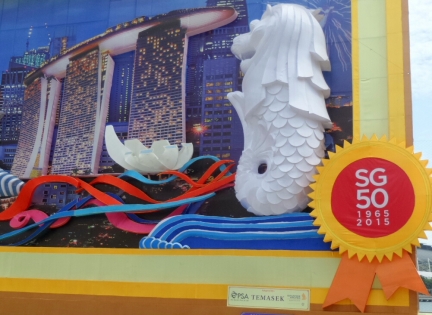 The annual Chinese New Year carnival will be held over 12 days at The Float @ Marina Bay from Feb 17 to 28. This year, it will be celebrating both the Lunar New Year and Singapore’s Jubilee year. When we were young, we always used to look forward to the Lunar New Year holidays. Over the years, the Lunar New Year has left us with many wonderful, heartwarming memories. The River Hongbao 2015 takes us through a journey of time to relive the past 50 Lunar New Years for the fond nostalgic memories of pioneer generation Singaporeans for the jubilee celebration of Singapore. 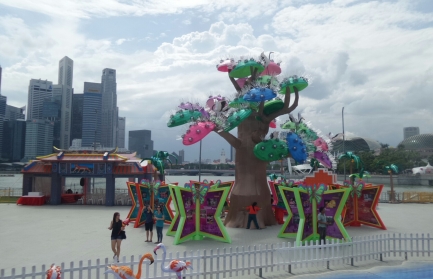 In the exhibition, we will find precious photographs of Singapore’s pioneer Lim Boon Keng and his family having their reunion dinner, Prime Minister Lee Hsien Loong carrying his daughter to view the Chingay Parade in Orchard, the late Mrs Benjamin Sheares giving out red packets to the needy seniors. Through the pictures, the younger generation will also have to chance to see how the celebrations have changed over half a century: How did Lunar New Year greeting cards look like in those days? What are the differences between past and present Lunar New Year markets? Besides visiting the homes of their relatives and friends, what else did our parents and grandparents do during Lunar New Year in their time? In this photo exhibition “Reliving the Past, Welcoming the New Year” showcase over 230 photographs curated by the Lianhe Zaobao editorial team at the exhibition. 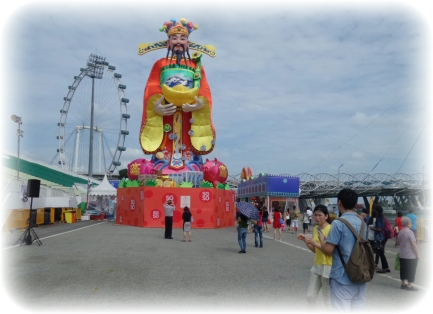 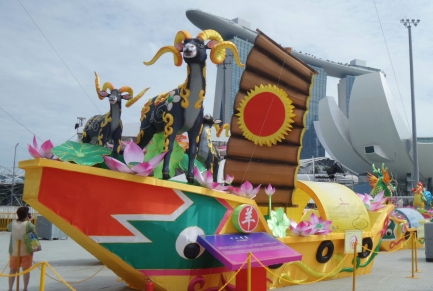 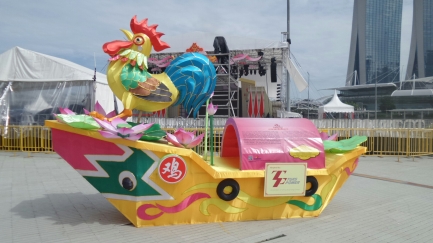 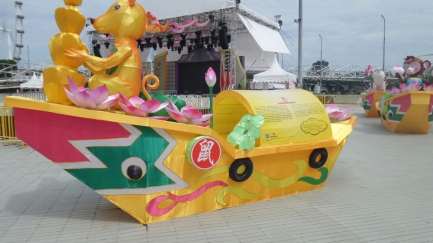 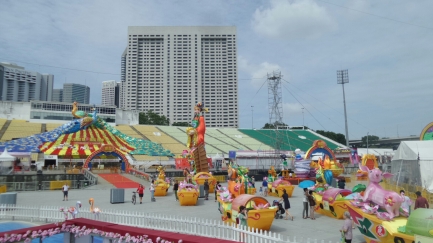 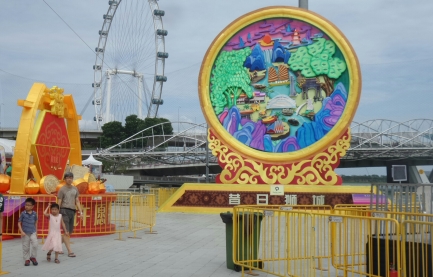 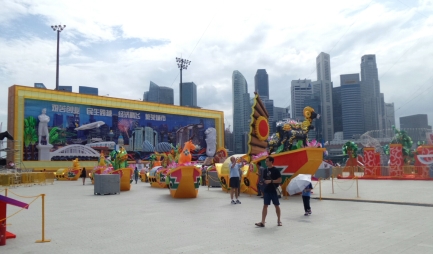 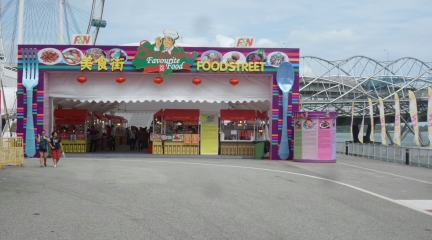 The business was slow at the Food Street at the River Hongbao at Marina Bay and there were fewer visitors on this hot, sunny day.   Chinese Singaporeans were preparing to return home for the traditional family reunion dinner at home. The “River Hongbao 2015 @ Marina Bay” “happening event ” in the evening for the family to remember the Jubilee Singapore50 memories for this special year. 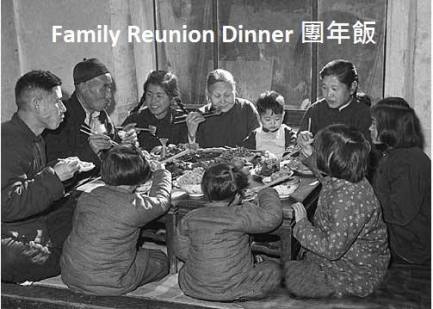 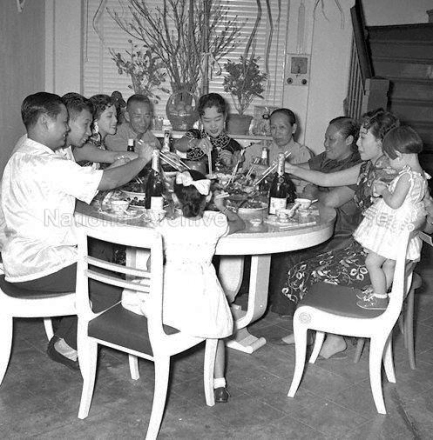 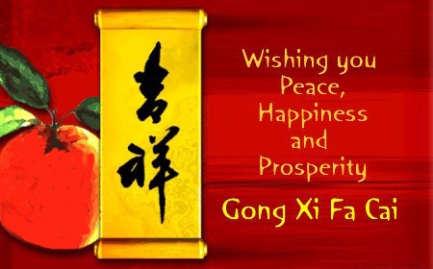