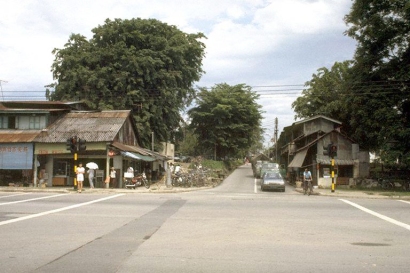 The junction of Sembawang Road and Chong Pang Road  c  1970

By an accident of my personal history to be born and grew up in Bukit Ho Swee kampong, I had to move to another kampong from central Singapore to the north in the 1970s.

After my mother passed away,  I changed job to work at Sum Soon Poultry Farm at Woodlands Road and rented a room at Sembawang Road to live nearer to my workplace.  I was then single and living independently with freedom on my own.

For about 2 to 3 years, I breathed and soaked in the atmosphere of another kampong since my birthplace in Bukit Ho Swee at a different times many decades ago.

In my early twenties, I adapted to the new living environment in Sembawang easily because I prefer the natural, simple kampong lifestyle, given a choice.

Life is a journey ….. but there are routes with twist and turns around the corners with many surprises and unexpected destination along the way.  Some good, some not so good.  Set forth with adventure due to unforeseen circumstances with rewarding life lessons to learn as we meet with guiding angels to bless and guide us.  With gratitude to kind and helpful people we meet to show the ways.

I grew up in a kampong where the long and winding paths was like a maze and very often no street direction signage to guide.  Most kampong folks are friendly and helpful to approach them politely and with respect.

Many archived photos of Chong Pang kampong are curated from the National Archives of Singapore with thanks.

I traced down the memory lanes on this blog with photos of the old places at Chong Pang kampong. 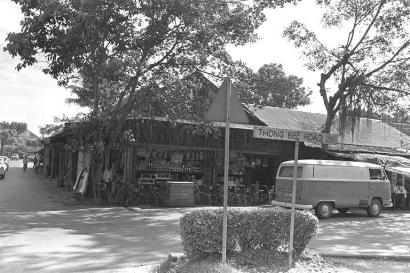 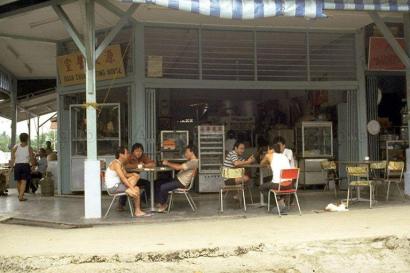 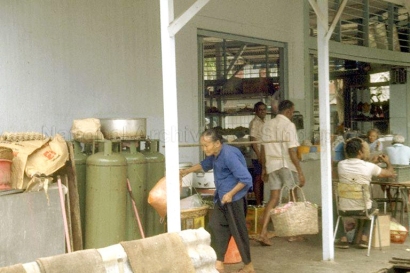 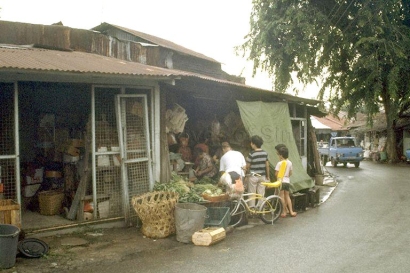 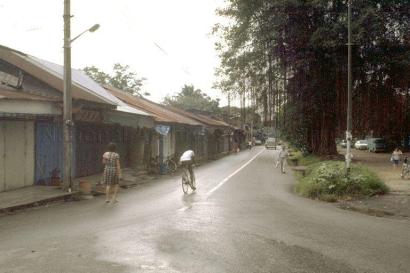 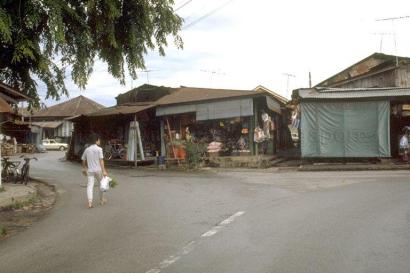 The pedestrian on the left towards the road would lead to the former Sultan Cinema.

To enter into Chong Pang kampong, the paths are forked to the left and right of the Sultan Cinema. 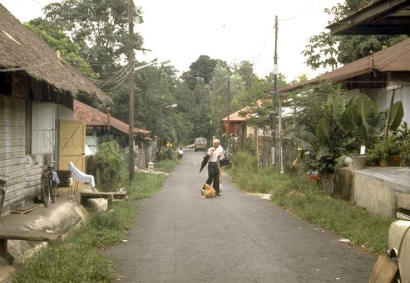 There were some shops in the kampong

Chong Pang Village centred around a row of shophouse units which made up the village’s business, commercial and residential core.  The western and south-western boundaries of the village were next to the extensive Ulu Sembawang vegetable and fruit farming regions.  To the north of the village was the former British Naval Base constructed in 1938.

Heavily dependent on the rubber plantations for their living, the villagers were adversely affected by the collapse of the rubber in 1935.

Thankfully, the British Naval Base came into the picture and provided plenty of employment.

The construction of the Paya Lebar Airport in 1953-1954 led to an exodus of households from Paya Lebar into Chong Pang, leading to a swelling of Chinese households into the village, even outnumbering the Indians who were until then the majority of the village’s population.

Mr Lim Soon Hock, one of the recipients of the inaugural President’s Volunteerism and Philanthropy Awards in 2012 said:

“We all live in a time impoverished world … If you sit back and reflect on it, we will always be able to find pockets of time that we can either share it with our loved ones or the underprivileged, the needy the poor, the disadvantaged.”

“I was living in a kampong in the Towner Road area where Central Sikh Gurdwara now stands … neighbours supported each other.  There was magnanimity.  We were all part of a larger family, though not related to one another, but bonded through a common simple and unostentatious life,” said Lim upon receiving his award.

“My indication [to serve the community] has been shaped very much by my childhood experiences — The kampong spirit was very much alive then,” he added.

The olden days kampong in Singapore may have disappeared in reality on this little red dot of this small island in the world but the memories and the kampong spirit of the one time villager would live on in many lives of  Singaporeans like me and my pioneer generation friends.

The “modern days kampongs”, albeit the architectural building designs and structures, has transformed a new generation of our multi-racial, multi-cultural community and society to live in peace, prosperity and progress for the future with hope. 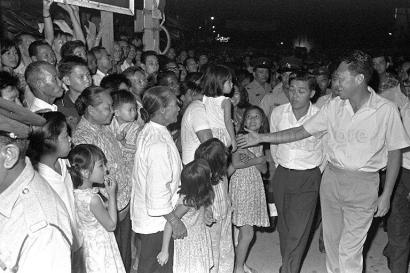 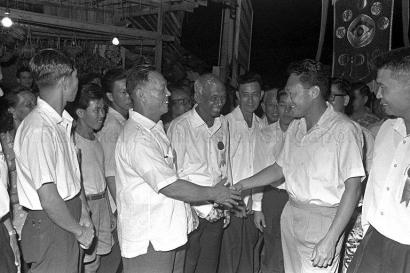 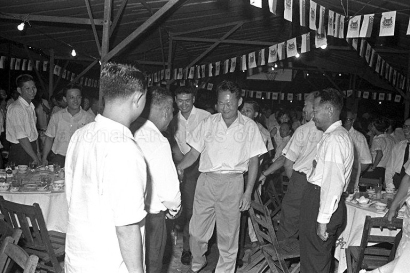 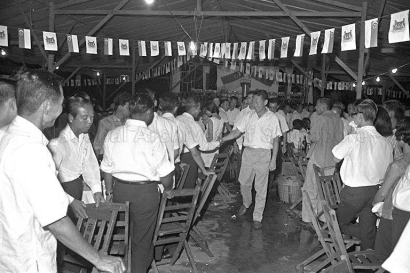 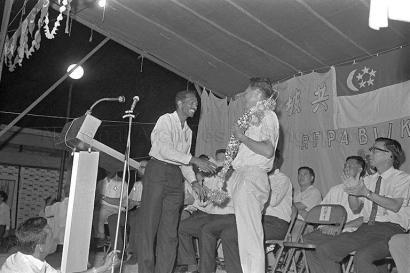 3 thoughts on “Chong Pang Kampong in the Past”