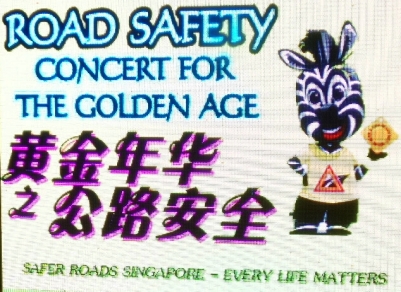 Each year as it sped by, it is this time of the year for me to realise that I am another year older … I just celebrated “dongzhi” and have eaten the “yuantang” cooked by Mum for me and my son two weeks ago.

What was the lady and the audience laughing heartily in the following photo?

Anna Lim Rui Ping (林茹萍) is a popular bilingual veteran  event hostess or presenter who appears recently on the “Pioneer Generation Package” advertisements on TV and other media channels to explain the benefits of senior citizens who are qualified and presented with the CHAS card.  She can always make people laugh! 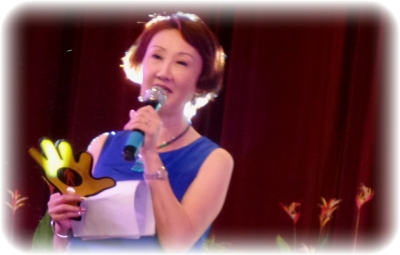 I attended the “Road Safety Concert for the Golden Age” at the ITE College East on 28 December, 2014 together with my senior citizen friends from Tampines East. 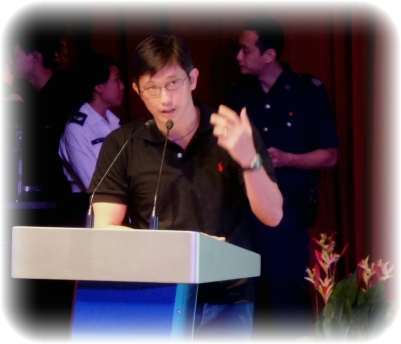 The Road Safety Concert for the Golden Age, organised by the Traffic Police and the Singapore Road Safety Council. First launched in 2013, this is the third Road Safety Concert to reach out to the elderly in Singapore to be held. About 1000 senior citizens attended the concert where they were educated on how to be safe pedestrians on the roads through fun and humorous songs and skits performed in various languages by local television and radio artistes. The event was also graced by Mr Teo Ser Luck, Minister of State, Ministry of Trade & Industry, and Mayor, North East District.

The entertaining concert performances tailored and designed for the Golden Age 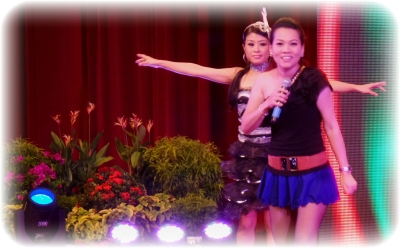 The talented Marcus Chin of MediaCorp

The popular host and well-known Marcus Chin (陈建彬) directed and wrote the scripts for the concert’s program this year. He composed the four meaningful and funky lyrics in Hokkien, Mandarin, Cantonese and English.  Marcus is very talented and creative artiste in Singapore to entertain and show the senior citizens a fun and relaxed ways. 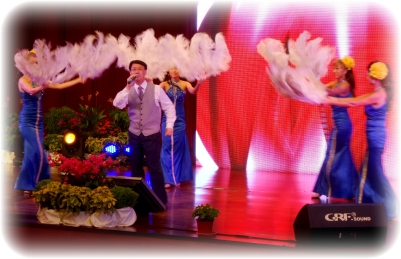 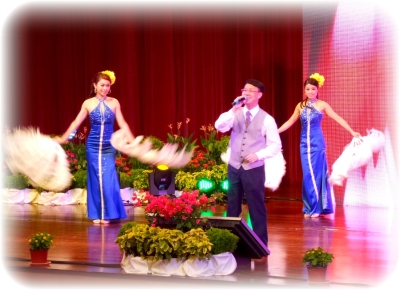 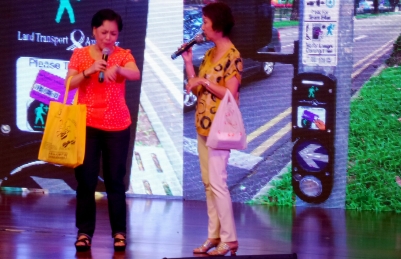 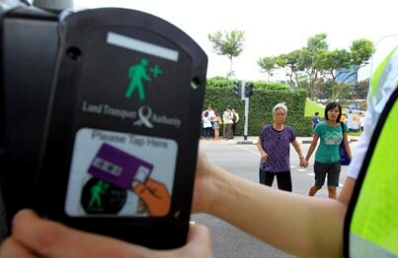 By now, the LTA has added almost 250 Green Man Plus crossings around the city. It’s in the middle of expanding the program island-wide, with a planned total of 495 crossings by the end of 2015. The agency chooses spots where a lot of elderly people live, and where “the impact on traffic is manageable,” Sarah Lua, a spokeswoman for the LTA, tells Quartz. She adds that the agency has received “numerous requests” to extend the program to new intersections. And with the ranks of“super-aged” countries rapidly growing, it’s a model that other cities might do well to consider.

This comes after the Land Transport Authority (LTA) announced an expansion of its Green Man Plus scheme – which allows senior citizens more time to cross roads – to more locations. The scheme will be rolled out to cover 235 pedestrian crossings in 13 housing estates by the first quarter of next year. By 2014, there will be a total of 500 pedestrian crossings with the enhanced green-man system.

Their locations include Ang Mo Kio Avenue 8 and 10, Bedok South Avenue 2, South Bridge Road and Rochor Road. Mr Lim interview “My Paper”: “I have to rush across the road sometimes. I’m old, so it can be tiring to run. Now, at least I’ll be able to walk a little slower.” The scheme was piloted in 2009 at five locations, such as Jalan Bukit Merah and Sinaran Drive. It was initially intended to cater to senior citizens, but will be extended to pedestrians with disabilities, too.

The Green Man Plus scheme extends pedestrian-crossing times by between three and 12 seconds, or an average of five seconds, depending on the size of the crossing, said LTA. The green-man signal currently stays on for between 15 and 20 seconds at a three-lane crossing. Senior citizens currently use their Cepas-compliant senior- citizen concession cards to tap on card readers installed under the Green Man Plus scheme, in order to extend the duration of the green-man signal.

The concession cards are issued to those aged 60 and above. Pedestrians with disabilities will need to use Green Man Plus cards, in order to enjoy the time extensions. The elderly need not switch to using the cards. Some 7,000 cards will be distributed for free to five voluntary welfare organisations (VWOs), such as the Singapore Association of the Visually Handicapped.

VWOs will receive the cards by late this month, said LTA. These cards work the same way as ez-link cards, but cannot be used as a stored-value card. Mr Joshua Ng, LTA’s executive engineer, said the 235 locations were chosen based on factors such as the density of the elderly population and nearby facilities, like polyclinics.

Finale of a Great Show with Fun

Goodbye, farewell … see you again at next year’s concert 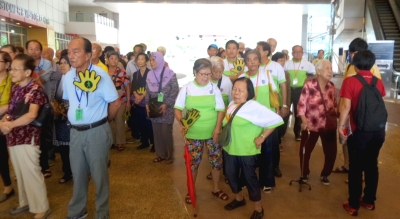